I would like to thank Minister Reynders, and the Graduate Institute for the invitation to speak today.

Meeting here in the Maison de la Paix to discuss making trade more inclusive, I cannot help recalling the motto enshrined in the foundations of the ILO's original headquarters, now the home of the WTO, "Si vis pacem, cole justitiam" – "If you desire peace, cultivate justice." It is a message of nearly one hundred years ago that speaks to the political circumstances that both Minister Reynders and Director-General Azevedo have referred to.

It is a pleasure to be sharing a platform with Roberto Azevedo today. The ILO and the WTO have on some occasions found each other being used by different protagonists in debates about the sort of globalization we need. This has never affected the relationship between Directors-General but institutionally it sometimes felt like there was a barricade down the Avenue de la Paix between our organizations. It was not very helpful and I am glad to say that those days are long past, not least because for nearly ten years now we have undertaken a series of joint studies around employment and trade. The latest on skills and trade will come out this summer. They are the result of common purpose between our organizations, and the work with the top analysts of trade and employment, and we think they set a benchmark for quality research in this difficult field.

We are both most grateful to a number of governments for having supported this work including Switzerland, Canada, the European Commission, Belgium and Flanders.

Thank you Deputy Prime Minister Reynders for your remarks today, and I have taken note of the four criteria you mention for trade agreements. I would like to thank you also for Belgium’s long standing support to the ILO and our joint work with the WTO secretariat.

Today, I think we would all agree that political leaders and others are using the term “inclusive” to describe the goals of a national and a global economy that provides social justice, one that does not leave people behind. This certainly means lifting families and communities out of poverty, and insuring against the risk of slipping back into poverty, if some personal or community-wide misfortune strikes.

For many it also means less inequality.

It is worth recalling that the term “inclusive” figures in the titles of five of the seventeen Sustainable Development Goals adopted by the UN General Assembly in 2015.

Of particular importance to the ILO is SDG 8, to “Promote sustained, inclusive and sustainable economic growth, full and productive employment and decent work for all”.

But let me refer also to Goal 17 on strengthening the means of implementation, because under that Goal you will find target 17.10 which aims to “promote a universal, rules-based, open, non-discriminatory and equitable multilateral trading system under the World Trade Organization…”

I juxtapose Goal 8 and 17 to highlight that there is a global consensus that on the one hand, inclusive economic growth means generating decent work for all and that on the other, an open trading system is a means to that end and to the realization of other goals as well.

This brings me to the crux of the question – does more international trade increases or decreases exclusion? The short answer is that “it depends”.

If we are looking at the difference in national averages of incomes per person then we can see that, as international trade has grown, gaps have narrowed. The numbers of people living in extreme poverty have also fallen in the new globalization era since around 1990.

Yet when we look at what has happened to income distribution within most countries, developing and developed, top to bottom gaps have widened. Indeed in some, mainly developed, countries, real wages in the middle to lower ranges have stagnated for decades.

Many studies show that in aggregate, trade opening, at least in times of reasonable growth, does probably generate more jobs than it destroys - but the distributional effects are uneven. In periods of slow growth as we have been experiencing since the 2008 crisis, the numbers of people and places adversely affected is correspondingly larger.

Perhaps the job losses from trade opening would have happened anyway as a result of the march of technological progress. But that is not very consoling to the people whose expectations of a decent life have been dashed.

So, what are some of the ways the ILO and the multilateral system as a whole can help to generate a pattern of inclusive growth, based on open markets?

We have a few ideas.

First, our global constituency of governments, employers’ organizations and trades unions asked us last year to develop a programme of action to address decent work in global supply chains.

It is quite an elaborate programme; it has five components:
As we move forward with the programme, it will build on experience with the ILO’s Better Work programme, a partnership with the International Finance Corporation. Better Work is active in more than 1,400 factories worldwide aiming to improve working conditions and to promote competitiveness. A recent independent impact assessment of the Better Work programme by Tufts University found that when factories are in compliance with the ILO core labour standards and with national labour legislation, their workers report higher wellbeing, higher take-home pay, and shorter working hours. In turn, they are more productive, and firms are 25% more profitable as a result. The benefits do not stop at the workplace: garment workers who hold a quality job in the global garment industry also see positive impacts on their households and on their children’s health and education. It is a pretty good inclusivity score-card.

Second, the core of our support for implementation of the 2030 Agenda is working with countries to build and adapt policy tools for labour market inclusion. This is also a major ILO input to the G20’s framework for strong, sustainable, balanced and inclusive growth.

The priorities we have emphasized at the G20 include, very telegraphically:
Third, is our system of international labour standards. These Conventions and Recommendations are the result of intensive negotiation involving governments, employers and workers of our member states and hence represent a global consensus on the principles that countries can use to develop labour law and practice for productive and inclusive employment.

The relationship of labour rights to trade opening, a long-standing and not uncontroversial issue, is stated very clearly in our landmark 2008 Declaration on Social Justice for a Fair Globalization which states:

“[that] the violation of fundamental principles and rights at work cannot be invoked or otherwise used as a legitimate comparative advantage and that labour standards should not be used for protectionist trade purposes”.

That assertion represents the culmination of a long-standing discussion that can be traced back to the first WTO Conference in Singapore in 1996.

Many recent bilateral and plurilateral trade agreements contain labour provisions referencing the 1998 ILO Declaration on Fundamental Principles and Rights at Work. The ILO has been pleased, when requested, to assist countries in the framing and the implementation of such provisions.

A recent major ILO review of the effect of labour provisions in trade deals – which my colleagues will be discussing with you later today – found that they have not diverted trade, as some feared, and have helped to promote the development of labour market institutions. This may explain its additional finding that labour provisions seem to have helped to improve women’s employment.

To conclude, I will return to the origins of the ILO. We were founded after the catastrophic collapse of the first pre-World War I wave of globalization to support progress towards social justice as a foundation for peaceful and cooperative international relations. We were relaunched in 1944 to continue that job.

Nearly one hundred years on I hope that we can continue, with our partners, to play a strong and constructive role in generating decent jobs worldwide as a foundation for inclusive growth and development in an open global economy that we all wish to see. 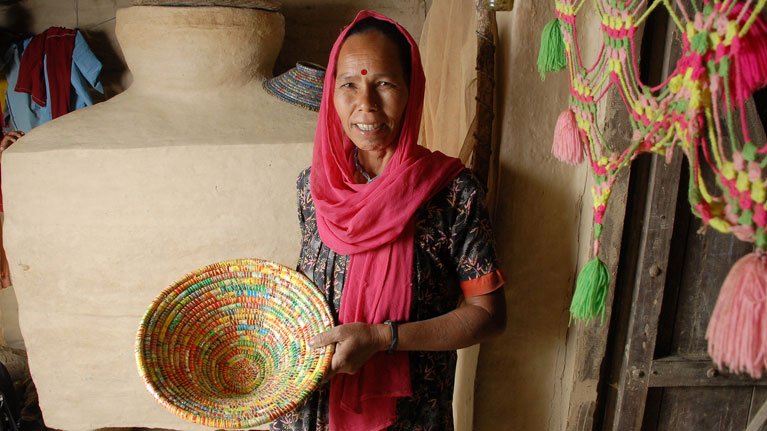 The ILO and the G20
Skip to top