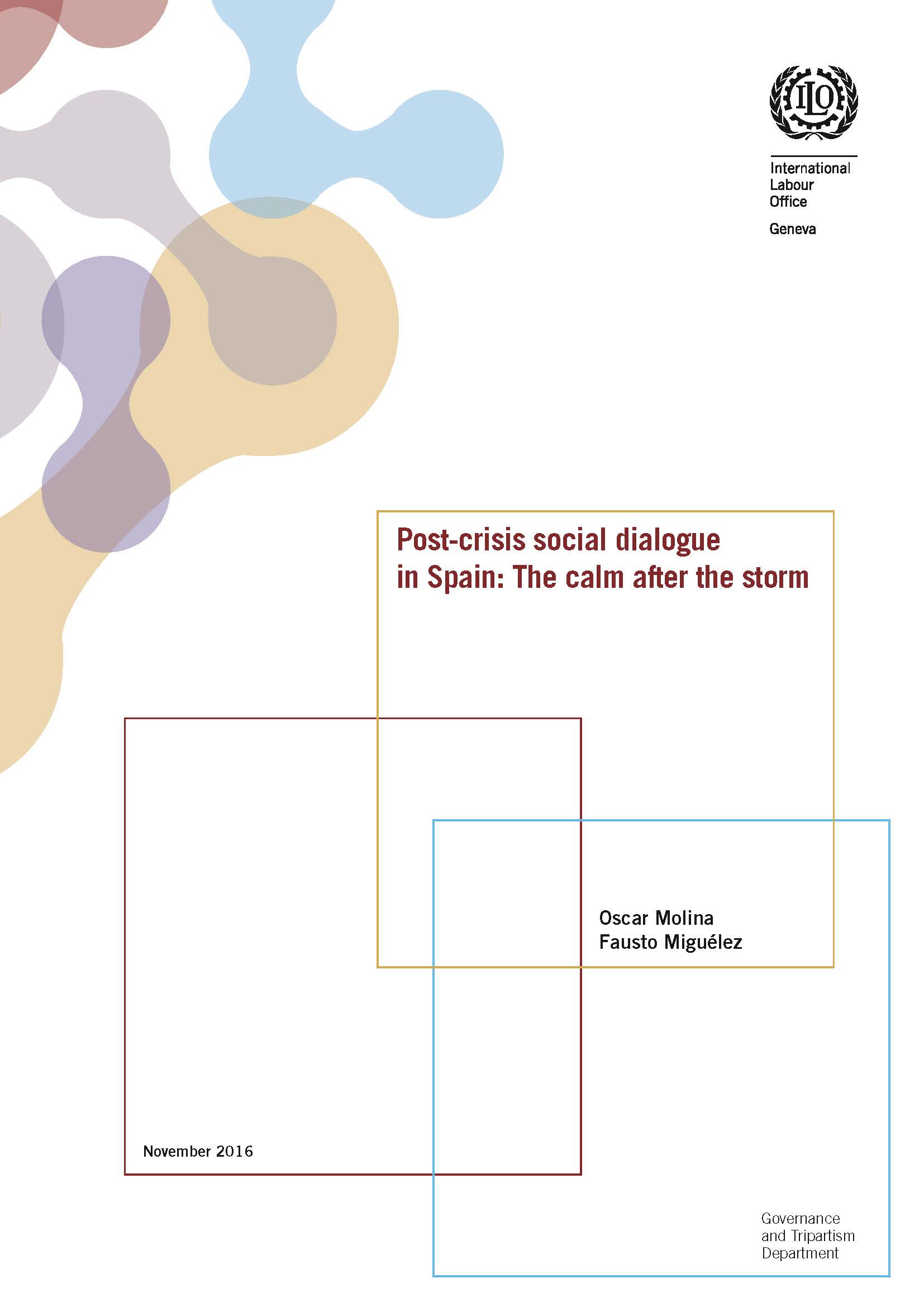 Download:
This paper is one of a series of studies commissioned by the International Labour Office (ILO) in 2015, under a project entitled “Post-crisis social dialogue: Good practices in the EU-28”, which is implemented by the ILO with funding from the European Union (EU). The project documents and analyzes emerging trends and good practices in social dialogue and industrial relations in EU Member States. The project focuses specifically on developments since 2013, as countries began to exit the crisis, and examines the role played by social dialogue in promoting sustainable reforms and job-rich inclusive growth.
The research component involved eleven in-depth country studies carried out by reputed national scholars, as well as the drafting of a comparative analysis. Summaries of the draft papers were presented and discussed at a tripartite knowledge-sharing conference, organized at the Palais du Luxembourg in Paris on 20 May, 2016. The conference brought together national and international stakeholders, including government ministers and high-level officials, representatives of employers’ and workers’ organizations and of regional and international organizations, including the ILO and EU institutions such as the European Commission, the European Economic and Social Committee (EESC) and Eurofound. Participants discussed recent developments in the industrial relations landscape and exchanged experiences of social dialogue in the ‘post-crisis’ period. Following the conference, the country studies were revised. Final versions of the country summary reports and the overview chapter are to be published by the ILO in a peer-reviewed, edited volume in late 2016.