“I am really excited about this chance: this is a tremendous opportunity, in the middle of this global crisis, to make a difference to the lives of millions of people, including those who've never heard of the ILO, to change their lives for the better”, said the Director-General elect. “I thank the Governing Body for their confidence. The significance of what happened here today will be judged by what we do, and that is to put the people and the world of work at the heart of everything we do.”

Mr Greg Vines, Chairperson of the Governing Body, said: “I am certain the Governing Body can feel very confident that under the new leadership of Mr Ryder, the ILO will effectively and strongly represent the interests of our tripartite membership in ensuring that the ILO continues to increase its influence in global debates and in particular, in meeting the enormous challenges the world currently faces.”

Mr Luc Cortebeeck, Worker Vice-Chairperson of the Governing Body, said: « As workers, we are delighted. Mr Guy Ryder knows the ILO, and has been working at the ILO. He also knows the world of work, but he is somebody who will work with the governments, with the employers as well as with the workers. He will always defend tripartism and social dialogue.”

“Mr Ryder is an excellent professional with a lot of experience in the house. I think the nine candidates were outstanding personalities,” said Mr Daniel Funes de Rioja, Employer Vice-chairperson of the Governing body. “We respect him, he knows the house and we expect we can work together. We need strong reforms because of the situation the world is facing", he added.

Speaking at the public sitting following the election, the current Director-General Juan Somavia said: "My presence here is to symbolize the full and unconditional support of the Office to ensure a smooth and helpful transition until October. Personally, dear Guy Ryder, Director-General Elect, I wish you full success, joy and satisfaction in the fulfilment of your mandate."

Guy Ryder received 30 of the 56 votes cast by the titular members of the ILO’s Governing Body. The vote was conducted at the ILO’s headquarters in Geneva. There were eight other candidates for the position. The election was scheduled by the ILO Governing Body following the announcement by the current Director-General of the ILO that he was advancing the date of his departure to the end of September 2012, eighteen months before the end of his third mandate. 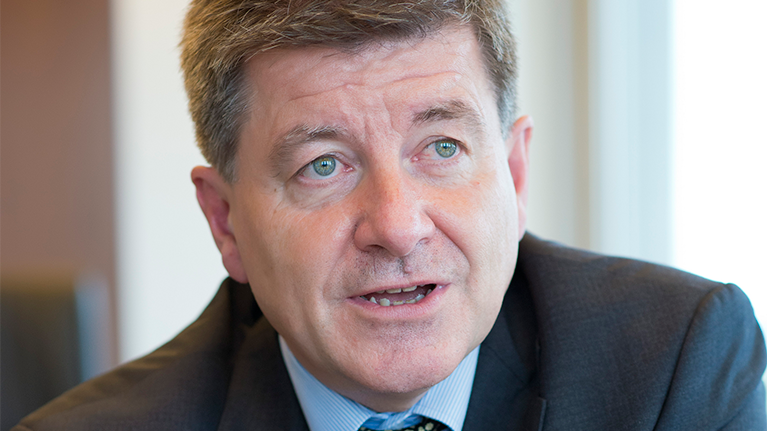