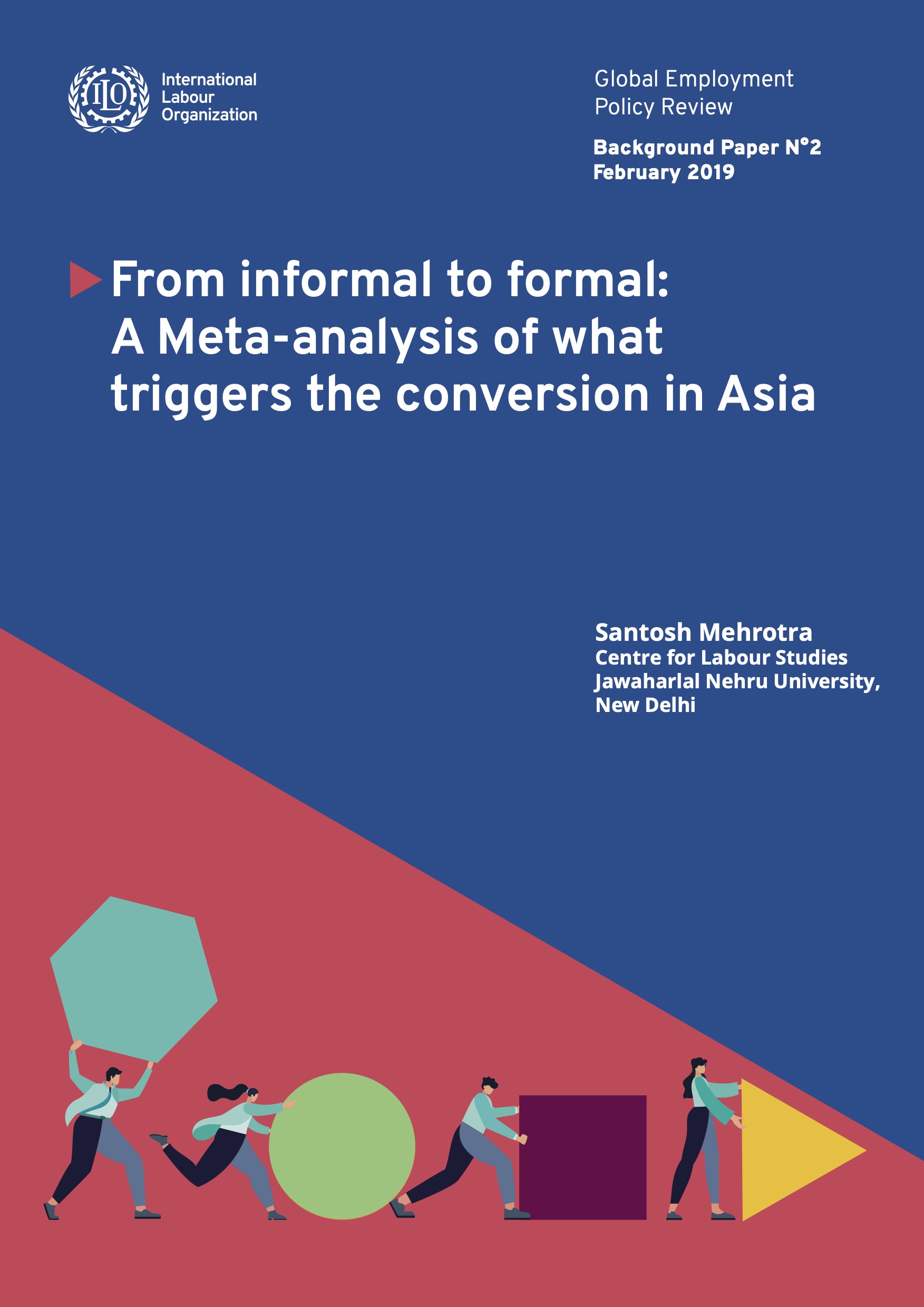 Download:
Asia has, after Sub-Saharan Africa, the largest share of all workers in informal employment, at 68.2%. Asia also happens to be the region with the fastest GDP growth rate on a relatively consistent basis. By contrast, Sub-Saharan Africa (SSA) has never had the kind of consistent growth rate as Asia. Similarly, Latin America/Caribbean (LAC), like SSA, had experienced two lost decades in the 1980s and 1990s. If growth alone (or even predominantly) was a determinant of the extent of informality then there should have been much lower informality in the Asian region than the other regions, LAC or SSA. The reality is, on the other hand, quite complex. The paper presents the quantitative profile of informality in Asia and explores the relationship between economic growth and informality, in the light of the development economics literature on informality.