The World Employment Programme was launched by David Morse at the 1969 International Labour Conference. Part of the celebration of the 50th anniversary of the founding of the ILO, it was intended to be the ILO’s contribution to the global development agenda at the time and the cornerstone of the ILO’s strategy for the 1970s. Employment was seen as a central issue in economic and social development.

Throughout the 1970s, and well into the 1980s, the WEP was a major force for research and policy innovation, and one of the most important development programmes in the international community. Many well-known academics and actors in the field of employment and development participated in or advised its work. Large numbers of young researchers were hired and given a great deal of freedom to develop and apply new ideas.

Among the WEP’s achievements were a series of major country employment strategy reports, the World Employment Conference in 1976, the basic needs strategy, influential regional teams in Latin America, Asia and Africa, and a large, high quality research programme.

The event aims to recall the contributions of the WEP to the work of the ILO, its members, and will reflect on the lessons learned from the past to influence present and future approaches. The event will also give rise to a publication on employment policy. 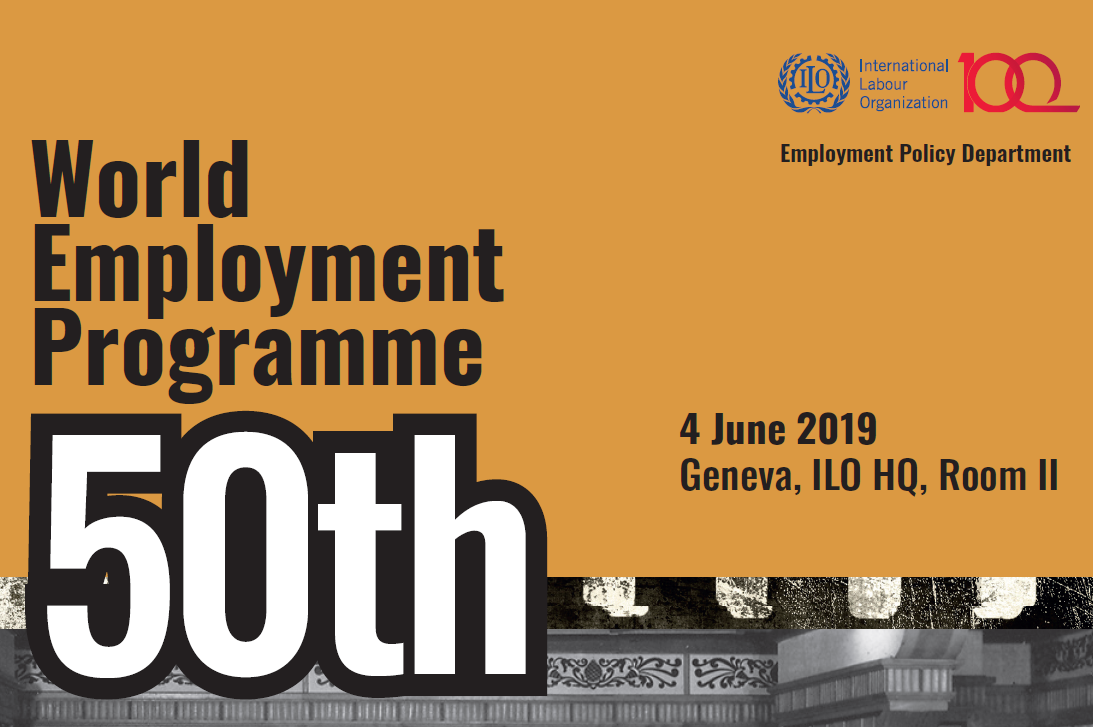