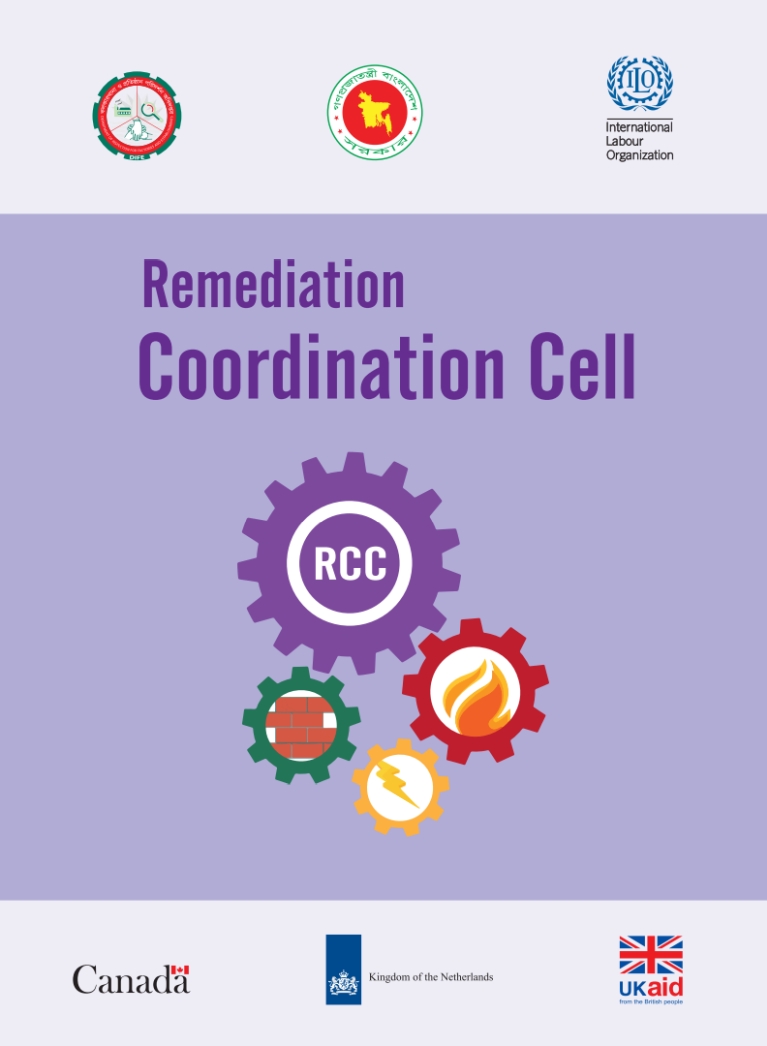 Download:
The collapse of Rana Plaza in April 2013 highlighted the need for an immediate effort to enhance safety in the Bangladesh ready-made garment sector. 3780 export-oriented garment factories were inspected by December 2015, following which emphasis was placed on the remediation of structural, fire and electrical faults at inspected factories. A Remediation Coordination Cell (RCC) was established by the Government of Bangladesh in May 2017 to oversee remediation in factories under its National Initiative supported by the ILO with fundings from Canada, Netherlands and the United Kingdom.

The remediation kit includes a set of seven bilingual fact sheets to inform employers, workers and government employees about the remediation process and remediation financing.