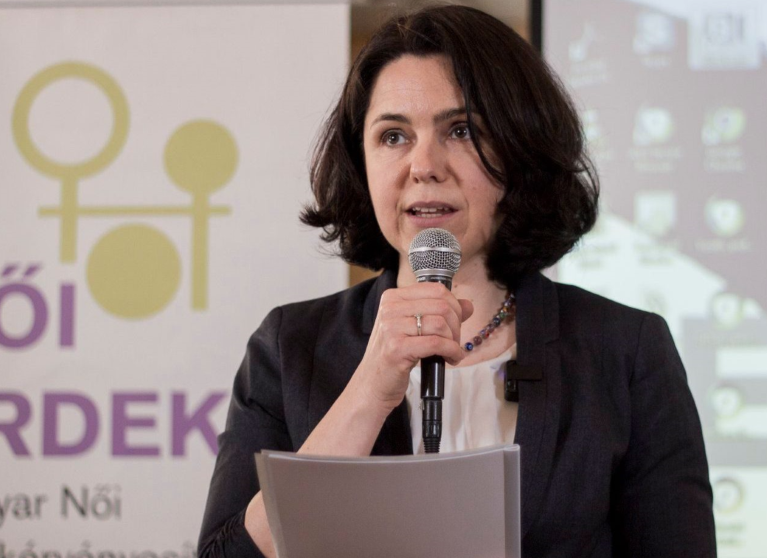 1. The participation of women in the labour force was very high across Central and Eastern Europe (CEE) before the fall of the iron curtain. However, trends started to diverge substantially during the economic transition and female participation in labour markets dropped in several countries while it remained high in others. How do you explain these differences and what could be done to facilitate women’s participation in the workforce in the countries where it is still lagging behind?

Indeed, women were the biggest losers of the transition towards a profit-making market economy as gender stereotypes are deeply entrenched in this neo-liberal model. Expectations of gender rigid roles resulted in women being relegated to the household and particularly to the care of children and dependent family members. It happened particularly in those countries where the State had previously taken this role on board, but where, as the market economy emerged, these services became privatised and costly, and fell on the shoulders of women. This in turn prevented women from engaging in the labour-market and pursuing a career, jeopardising their economic independence throughout their lives. Childcare benefits and institutions, higher wages and positive attitudes to women's labour market participation have helped close the gender gap in the labour market in mostly the Baltic countries, which has a more modernized labour market in close proximity to economically more developed countries. At the same time, in countries where traditional gender roles are prioritized, with the childcare benefit system aiming at a demographic boost, even that has slowly started to contribute to a rebounding of mothers' labour participation. However, where labour market conditions have been worse, unsupported by childcare benefits and services, women have found themselves in an unstable situation, even leading to emigration for economic reasons, e.g. with mothers working abroad in elder care when they cannot earn a living wage at home.

Tackling discrimination against women in the workplace, incentivising the flexible employment of women with young children, enabling women to take on managerial roles have been among the important, proven steps to facilitate the increase in women’s labour market participation. Overall, however, we need to put care back in the centre of our economic model. This is not a women-only issue but a societal issue. We need a Care Deal for Europe, complementing the Green Deal in which we care for the planet and for people. Europe is an ageing continent, and care needs throughout the life cycle are increasing. Europe has begun to pave the way forward, for example, the Work-Life-Balance Directive which is scheduled to be implemented in 2022 and provides provisions for paternity leave, shared parental leave and care leave. It is indispensable that this directive addresses men’s share in care and we expect our governments to implement the directive as a way forward to challenge entrenched gender stereotypes.

2. Recent data from European countries show that the Covid-19 pandemic led to higher employment losses for women, if compared with men. What are the main reasons and what could we have done differently to prevent this disproportionate impact?

Again, the pandemic was a wake-up call which showed how dependent our societies are on women – they are the backbone. The pandemic brought to the forefront the crucial role of women in what was called essential services, as women form the majority of workers in health, care and social services. A report by the European Institute for Gender Equality shows that women represent 82% of cashiers, 93% of childcare workers and teachers, 95% of domestic cleaners and helpers, and 86% of personal care workers.

Their precarious working conditions and pay were revealed to the extent that we can say women are taken for granted, as their contribution to the economy has been undervalued and invisible. These were also some of the sectors that led to higher employment losses. Women who were able to work from home juggled with care responsibilities as schools and crèches closed. There was also an upsurge of male violence against women to the extent that the UN Secretary General called it a ‘shadow pandemic’.

While the EU stepped in with a Resilience and Recovery Fund, the priority areas focused on the green and digital transition, areas of the economy that are dominated by men, it failed to put in place a robust gender mainstreaming approach that would have required targets, specific measures and above all, targeted funding. We will be closely watching the implementation of the national Resilience and Recovery Plans that do require Member States to explain how they will address inequalities between women and men, but we must move beyond a descriptive analysis to ensure that funds are provided in a systemic way. We believe that this is the opportunity and the time to introduce gender budgeting, a methodology that ensures our public spending is meeting societal needs and that also meets the EU’s commitments to equality between women and men. At the European Women's Lobby (EWL), we have done a lot of work on gender budgeting and also have a dedicated website where lots of resources can be found (Gender Budgeting).

3. Thinking about a job-rich economic recovery in CEE, who are the most vulnerable women on the labour market, and what can be done to avoid that they are once again left behind?

Women and girls with disabilities, older women, women with underlying health conditions, and women impacted by prostitution, women from ethnic minorities, especially Roma, and migration status are some of the groups of women too often left on the margins of society. The long-term consequences of the pandemic will also impact young women. At the EWL, we believe that a feminist economic model is urgently required. This means a feminist lens on the economy and on what a job-rich recovery could look like. We have published our vision – a Purple Pact – which calls for the full participation of women in all areas of life, and equal representation of women in all their diversity, at all levels of decision-making We need to look at what really counts: caring for each other, making women’s unpaid and paid work more valued and visible, equal pay and pensions. We need a tax justice system that embraces the contribution of all and the subsequent equal distribution of our collective mechanisms of solidarity, gender budgeting and gender mainstreaming. Society must seriously addresses all forms of violence against women and girls, including online violence. This type of model will ensure that no woman or girl is left behind.

The opinions expressed in the interview solely belong to the interviewee, and do not necessarily reflect the views of the ILO.