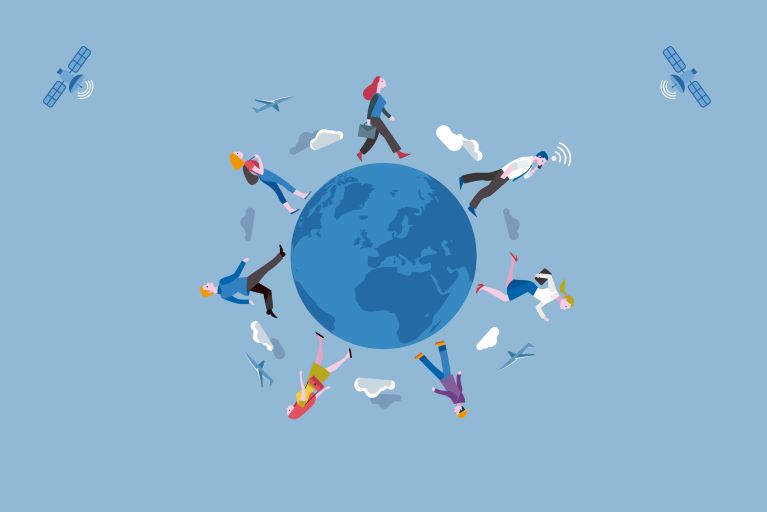 Creating conditions for the reintegration of Ukrainian migrants was recorded in Ukraine’s State Migration Policy Strategy back in 2017, and following the announcement of the quarantine and lockdown, this spring about 400 thousand people returned to Ukraine from abroad, according to various estimates. Many of them were not able to find work at home and some suffered from stigmatization and their compatriots’ radical actions. The case of Novi Sanzhary demonstrated that protests against migrants can happen even if the migrants and protesters have the same nationality. Such protests are not always politically motivated but are always based on prejudice caused by fear.

Today, 164 million migrant workers make up 4.7% of the world’s labour force, almost half of them are women. The International Labour Organization (ILO) has called the impact of the COVID-19 pandemic on migrants a crisis in crisis. The ILO is concerned about the fate of millions of migrant workers who have lost their jobs in their countries of destination during lockdowns and have been forced to return to their countries of origin, where there is also an economic downturn and rising unemployment.

The International Organization for Migration (IOM) emphasizes that the COVID-19 pandemic has reminded us how much our health, our food, and our economies are reliant on safe, orderly, and regular movement of people. When countries introduced lockdowns, migrant workers continued to care for the elderly and sick, to operate grocery stores and transport goods. The European Union estimates that on average, 13 per cent of all key workers in the EU Member States are immigrants; in some areas, such as mining, construction, cleaning and home care, up to one third of workers were born outside the EU.

Despite the spring wave of migrants’ returns and further difficulties in their countries of employment, Ukrainian migrant workers continue doing everything possible and impossible to support their families. Thus, contrary to previous forecasts regarding a significant decline in private remittances due to the coronavirus crisis (the World Bank expected an annual decline of 14%) during January–August 2020, the decrease in Ukraine was 6.4% only.

Worldwide, the majority of migrant workers are employed in the sectors of the economy where temporary, informal and vulnerable forms of work are widespread, where salaries are low, and social protection is often out of question at all. Ukrainian migrant workers often go abroad without official contracts, use the services of unreliable intermediaries, and accept bad working and accommodation conditions just striving to earn some money. According to the IOM survey conducted in 2019, one third of Ukrainian migrant workers abroad were employed unofficially.

The International Labour Organization and the International Organization for Migration, as members of the UN Country Team, have been helping Ukraine to create conditions for decent and safe work, full and productive employment, transparent employment rules and regular labour mobility for more than two decades.

Unfortunately, we see that the negative effects of the economic downturn were immediate. Lack of work at home and debts continue forcing Ukrainian migrant workers to look for opportunities to go abroad, which is already being used by criminals: there are more and more reports of fraud and fake job invitations. The situation is exacerbated by weak state control over private employment agencies’ licensing conditions. At the same time, from January to November 2020, the International Organization for Migration (IOM) Mission in Ukraine identified and assisted an unprecedented number of victims of trafficking, 1,540 people (for comparison, 1,200 victims were on average identified during the previous four years). Almost three quarters of the victims identified by IOM are men, whereas 97% suffered labour exploitation. As IOM provides reintegration assistance to people who have been trafficked in previous years, this year’s statistics cannot demonstrate a comprehensive picture of the impact of the pandemic on human trafficking – we will see these data in 2021 and beyond.

To mitigate the long-term impact of the COVID-19 pandemic, it is critical to develop a robust national policy and coordination framework that facilitates circular migration, maximizes the benefits of well-organized labour migration, strengthens protection measures for Ukrainian citizens abroad аnd foreign migrants within Ukraine, and widens opportunities for socioeconomic reintegration of returned migrants in their local communities.

According to ILO forecasts, as a result of the COVID-19 pandemic working hour losses in the final quarter of 2020 are expected to amount to 8.6% which, in simplified terms, can be compared to 245 million jobs lost globally. Further measures will be needed to stabilize the economy and address full and productive employment, including fiscal and financial stimulus, as well as to ensure the continued operation of small and medium-sized businesses in the context of the COVID-19 crisis. And this is not about point solutions only for migrants, but about an integrated approach.

During the crisis of 2020, we witnessed how the trends of returning home and going to work abroad persist simultaneously in Ukraine. We noticed a neighbour who had to return from work in Poland and a foreign student who could not go home on vacation and worked as a courier in Ukraine. The coronavirus crisis has shaken people’s confidence in their life plans and programmes: many today do not know exactly when their migration history will end with returning home, or, conversely, they will need to seek income and self-realization in another region of their country or abroad. This crisis has proved that in a global world, we are protected only when everyone is protected. That is why we must not leave anyone behind.

The original op-ed was published by VoxUkraine.