On 12 October 2021, a hybrid conference was organised by the European Commission in Brussels to present the findings of its latest Employment and Social Developments in Europe (ESDE) Report 2021 and to discuss the impacts of the COVID-19 crisis on labour markets and the world of work. The conference was attended by international and European policymakers, academics, and experts working in the field of employment and social affairs.

The ESDE report, titled ‘Towards a strong Social Europe in the aftermath of the COVID-19 crisis: reducing disparities and addressing distributional impacts’ highlights how the social impacts of the crisis has been uneven and diverse across social groups and regions with women, migrants, young people, people living with disabilities and those with poor access to social protection and digital infrastructure.

Mr Koller highlighted how all countries and sectors of the economy and society were affected and continue to be affected with a fragile, uncertain, and uneven recovery unless we take collective action to change are taken. Offering a global perspective, he noted that the 7th ILO COVID-19 Monitor Report showed that 8.8 per cent of working hours were lost globally in 2020 or the equivalent of 255 million jobs, with the resultant loss in incomes and livelihoods that has had a devastating human and social impact on those affected.

In the unpublished annual estimates from the upcoming 8th ILO Monitor Report (due out at the end of October), Mr Koller said it would show a global picture of widening inequality with the fastest global economic growth recorded in over 80 years in developed countries while the poorest countries would experience their slowest growth rates in 20 years. Furthermore, an estimated 205 million people are expected to be unemployed this year with many more leaving the labour market into inactivity unless urgent and drastic action is taken to address this issue and reintegrate these workers.

Mr Koller noted that the impact of the crisis was uneven within and between countries and across regions, with the Americas being the most severely affected region, followed by Europe and Central Asia. Within the EU, he noted there was diversity with the southern countries experiencing the crisis much worse than their northern neighbours, already bearing the scars of the previous global crisis. Notwithstanding these variations, Mr Koller said the EU had managed better than other regions due in part to its unique multilateral institutional framework which enabled it to quickly mobilise and implement policy responses in a coordinated manner, as well as its high level of health and digital infrastructure, well-developed welfare states that provide social protection, and a strong culture of social dialogue and engagement with the social partners in finding common solutions. He noted that such context and policy responses had helped maintain income levels in the EU and the linkage between employers and workers, mitigating the full effects of the crisis on employment and labour markets felt elsewhere.

Reiterating recent comments by the ILO Director-General Guy Ryder that no country or group can recover alone, Mr Koller used the conference as an opportunity to repeat the ILO’s Global Call to Action for a Human-centred Recovery to EU policymakers to ensure a sustainable, fair and inclusive recovery that would allow its member States to build back better and more resilient, with better jobs, higher income and social protection, improved workers’ rights and social dialogue, and avoid the long-term scarring on its economies and societies. In doing so, he called on EU support in mobilising a strong and coherent global response when the ILO organises a High-Level Multilateral Policy Forum in spring 2022.

the call to action

At the International Labour Conference in June 2021, governments, employer, and worker delegates from 181 countries unanimously adopted the Global Call to Action for a Human-centred Recovery.
The Call to Action: The Call to Action is in line with the Agenda 2030 and the UN Secretary General’s New Global Accelerator on Jobs and Social Protection, which aims to create 400 million jobs and extend social protection coverage to the 4 billion people unprotected.

As part of the implementation of the call to action, national tripartite dialogues will be convened during 2022. 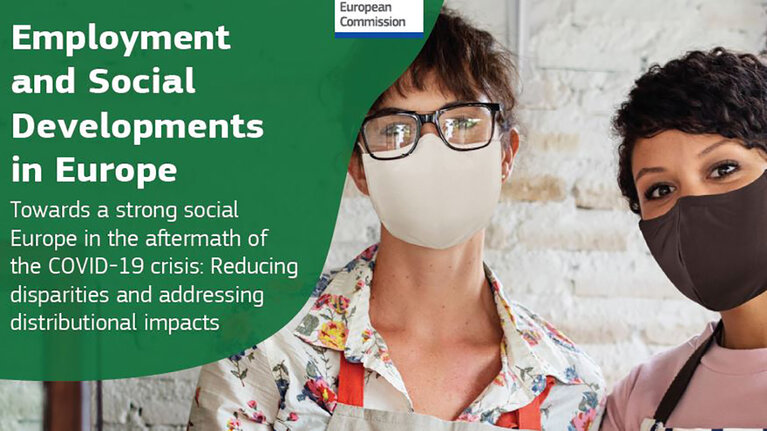