Dead Sea, Jordan (ILO News) The ILO and Jordan’s Ministry of Labour held a two-day conference on labour inspection to discuss ways to improve and advance the role of inspectors in the country, with a focus on the agricultural sector.

Jordan’s Minister of Labour, Nidal Bataineh highlighted the important role inspectors played in regulating the country’s labour market and in promoting decent work. “I would like to thank our labour inspectors for all their efforts and I look forward to hearing their recommendations, which will provide essential input for the development of our future labour inspection system,” said the Minister on the opening day of the conference, which was also attended by President of GFJTU Mazen Maaytah, President of JCI Fathi Jaghbir, Chairman of the Ajloun JCC Arab Smadi, and ILO's Country Coordinator for Jordan Patrick Daru.

The conference examined the country’s current labour inspection system, the multiple roles of inspectors, and ways to effectively collaborate with partners in advancing the role of inspection in promoting decent work. It also provided a platform for participants to engage in an open dialogue on the employment conditions of the agricultural sector, and address some of the challenges faced by inspectors in monitoring decent work in the sector.

“In a context where decent work deficits play an important role in limiting access of Jordanians to the labour market, labour inspectors have a key role to play in ensuring decent work for All – also to increase the attractiveness of these jobs to nationals, and have an indirect impact on employment levels,” said Daru. “Agriculture has been often out of the scope of the labour inspection but the Government is committed to improve this situation, and ensure agricultural workers also have access to decent work. ILO congratulates the Minister of Labour on this positive policy change and will support its implementation.”

Monitoring decent work in the sector is a challenge for inspectors, as work sites are often at a distance from populated areas and agricultural wage workers move frequently between employers. The informality of much of the sector only serves to reinforce poor working conditions and undervaluation of the work force.

The conference concluded with a number of recommendations, namely supporting the Ministry of Labour to issue a Bylaw for agricultural workers, hence ending ambiguity regarding employment protection coverage for the sector’s workers under the country’s labour law. It also called for the establishment of a comprehensive electronic inspection system, ensuring linkage between all parties concerned; the unification of business classifications between the Ministry of Labour, the Ministry of Industry and Trade, and the Social Security Corporation; the establishment of a training center to train and build the technical and legal capacities of inspectors; and the development of a labour inspection manual in-line with International Labour Standards.

The conference was organised as part of an ILO project, funded by the Kingdom of the Netherlands, that seeks to advance decent work and the status of agriculture workers – Jordanian, refugee and migrant workers – through the development of a compliance model, addressing decent work deficits in the sector. These include child labour, forced labour, abusive and fraudulent recruitment practices, poor occupational safety and health measures, low female labour force participation, lack of wage protection, unstable working hours and unsuitable accommodation. 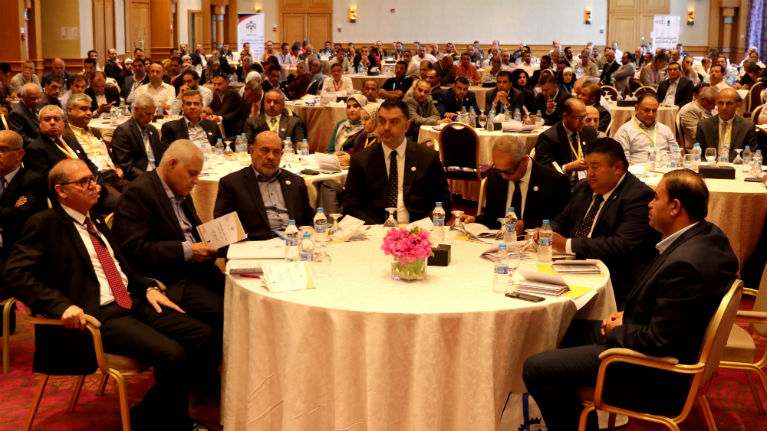