It is my great pleasure and honour to join you at the 46th Session of the Arab Labour Conference, and to be given the chance to discuss with you the Director-General’s important and illuminating report, which delves deep into timely issues that resonate with many sectors and populations within the Arab world.

The Director-General’s report titled “Labour Relations and Requirements for Sustainable Development” examines the role of labour relations in achieving the future of work we want. New forces are transforming the world of work, including challenges such as technological advances, climate change and demographic shifts. The report goes further than merely identifying these factors. It suggests solutions to reactivate the social contract in Arab countries and institutions, and stresses the importance of enacting change to achieve economic security, equal opportunities and social justice.


Labour market dynamics and trends – globally and in the Arab region

In 2018, the global working age-population registered 5.7 billion, out of which 3.3 billion people, or 58.4 per cent, were in employment, and 172 million were unemployed.In addition, decent work deficits remain widespread with some 700 million workers living in extreme or moderate poverty.

Unemployment in the Arab world is the highest worldwide, with regional unemployment rates registering 7.3 per cent in the Middle East and 11.8 per cent North Africa, compared to global average of 5 per cent. If we exclude the GCC countries where large numbers of migrant workers work, the unemployment rate in the Middle East goes up to 10.3 per cent, suggesting that the labour market situation in non-GCC countries in particular continues to be critical, with active conflicts and security risks undermining socio-economic development.

These conflicts have resulted in the mass displacement of populations, with more than 14 million people being displaced from their homes in Syria and Iraq, and with nearly 5.9 million seeking refuge in neighbouring countries, adding to the already dire economic situation in Lebanon and Jordan in particular, and requiring specific attention and support. It is worth mentioning here the unique challenges faced by the Occupied Palestinian Territories, where the humanitarian situation continues to deteriorate under conditions that further strain the livelihoods of hundreds of thousands of Palestinians, thereby limiting access to economic opportunities and decent work.

While the unemployment problem is not recent in the region, it has been exacerbated by the recent developments. It is particularly pronounced among women and youth. One in five young men and women were out of work in the Middle East in 2018, and almost a third of them were unemployed in North Africa. Meanwhile, the unemployment rate among Arab women is more than twice that of men, registering 20.7 per cent in North Africa and 15.6 per cent in the Middle East in 2018, compared to a male rate of 9 per cent and 5.7 per cent respectively. In addition to the 13 million unemployed individuals in the region, there are at least 25 million underutilized persons in the region.

In terms of quality of employment, it is estimated that more than 15 million workers are living in extreme or moderate poverty and vulnerable employment constitutes almost a quarter of total employment in the region. Informality is also high registering 67.3 per cent in North Africa and 68.6 per cent in the Middle East.

The scope of legal social security coverage remains low in the region, especially among women: only 34.8 per cent of women in the Middle East are covered, against a coverage of 45.9 per cent for the population as a whole. Similar trends are also observed in North Africa.

So far, job creation remains concentrated in low productivity sectors, while policy reforms have failed to induce job-rich private sector growth at a time where the public sector is no longer able to absorb jobseekers.

Looking at these figures, it is clear that we urgently need to develop and implement policies to unleash the potential of the private sector and to move to higher-value added jobs, especially given the increasingly educated Arab youth who do not want to work in low-skilled jobs. Promoting a coherent and comprehensive policy framework for employment is in fact a priority in the region, where only few countries have their own National Employment Policies. Such policies should be the basis for any employment creation initiative.

Supporting decent employment will require adhering to fundamental principles and rights at work. In this regard, I would like to bring to your attention the call by the Director-General of the ILO Mr. Guy Ryder to the governments of all member States, on the occasion of the centenary of our organization, to consider, in consultation with the social partners, ratifying at least one additional convention during the centenary year. The ILO stands ready to provide its constituents with technical support for their ratification efforts and the effective application of ILO standards.


The ILO Centenary and the Future of Work

I have just mentioned the Centenary; many of you know that this year, the ILO – the UN’s first specialized agency – is celebrating its 100th anniversary. Throughout the Centenary year, multiple commemorative events are taking place in the Arab region and around the globe.

The Centenary is an opportunity to reaffirm the ILO’s core values and vision as it prepares for its second century of work. And in this regard, the ILO’s Future of Work Initiative is the centrepiece of our activities to mark its centenary. A landmark report by the ILO’s Global Commission on the Future of Work proposes a new approach; a human-centred agenda for the future of work. This approach re-orientates the economy towards human-centred growth, economic and social policy and business practice. It focuses on three pillars of action: investing in people’s capabilities, investing in the institutions of work, and investing in decent and sustainable work.

Director-General, excellencies, esteemed colleagues:
Of course, we do not need to wait for the distant future to improve our regional labour markets and working conditions, and the ILO has noted, with great appreciation, the many advancements Arab countries have made in the world of work since we met here last year.
These are too many to comprehensively mention here, but I make note of some of the achievements made in the past year.

We congratulate the UAE on organizing the 2019 World Government Summit which focused on the Future of Work. The UAE adopted a Domestic Workers Law on legal working conditions for domestic workers. It also created a labour inspection coordination department to target high risk employment and bolster migrant worker protection. In the UAE, as in Kuwait, the directorates of domestic workers' affairs were transferred from the Ministries of Interior to the Ministries of Labour, underlining the importance accorded to equal rights for this category of workers.

The KSA government is taking steps to develop a federation for the workers’ committees. New regulations were also announced to ensure a "comfortable" working environment for women, equal pay, and regulating working hours for women in medical professions. The government also introduced regulations to make it easier in some cases for migrant workers to transfer from one sponsor to another. The ILO started the implementation of a technical assistance programme in Saudi Arabia during the third quarter of 2018. The programme aims at boosting women’s employment, enhancing social dialogue mechanisms, and assessing child labour. The ILO is also supporting the KSA on labour aspects of the G20.

The ILO is supporting Jordan with a number of projects supporting the Syria crisis response. The Jordanian government commitment was translated into issuing 140,000 work permits for Syrian refugees. Jordan introduced a regulation for wage protection, securing earnings and social security entitlements currently in education sector, that will be expanded to the health sector. Published a decree summarizing all regulatory aspects related to access of refugees to the labour market. Published a decree on home-based businesses, formalizing the work of women and men Jordanian and Syrians working from home.

In Lebanon, the ILO initiated the reform of the End of Service Indemnity System into a Pension System for private sector workers by carrying out an actuarial valuation and a legal assessment of the draft project social security law. The ILO is also supporting Lebanon to revise the labour law in accordance with international labour standards. The National Strategic Framework for Technical and Vocational Education and Training (TVET) 2018-2022, developed by the Government of Lebanon with the support of ILO and UNICEF, was launched.

The State of Qatar has made further policy changes and has taken legal measures to improve the protection of migrant workers. In particular, I here mention the adoption of new laws concerning Labour dispute resolution and domestic workers. Qatar also passed a law to abolish the exit permit for most foreign workers. In addition, further efforts have been made to strengthen the labour inspection system.

In the Occupied Palestinian Territory, the ILO has continued to support the strengthening of the legislative framework on labour matters, including the re-initiation of the Labour Law reform process in 2018. Social dialogue on the revision of labour laws and of the minimum wage were also strengthened.

Bahrain amended some provisions of the Labour Law in the private sector (mainly related to discrimination in employment and occupation, criminalizing sexual harassment at work, wage protection system). It has also recently launched pilot "Flexi Visas" for some categories of foreign workers, enabling them to change employers and enhancing their labour market mobility.

The Omani government and social partners have taken a number of steps to strengthen social protection. It has moved from the policy development stage, to developing an effective unemployment insurance scheme, to the implementation stage. The Government is currently developing a national employment strategy.

Yemen successfully piloted upgrading informal apprenticeships in a conflict affected crisis context, benefiting 167 master craftspeople and 325 apprentices (50% of whom were females), including a group of internally displaced youth from Hodeida governorate.

The ILO embarked on a project with Syria to fight the worst forms of child labour. Syria has given greater attention to supporting small and medium-sized enterprises and to providing an appropriate legislative environment for the organization of their work.

I here make special mention here of Iraq's ratification of ILO Convention No. 87 on Freedom of Association and Protection of the Right to Organize – a very welcome step indeed. In Iraq, a Labour Force Survey is currently underway with ILO support. The project will enable Iraq to address immediate needs for livelihoods and emergency employment, and the medium-to-longer term requirements of addressing the structural labour market challenges and decent work deficits in the country.

The ILO is resuming the joint plan of activities with the Executive Bureau of the Council of Ministers of Labour in GCC States, with the first activity taking place later in April 2019.

I have mentioned here only a few of our joint achievements. I conclude by expressing my confident hope that when we meet here next year, we will all have an even more impressive list of achievements in promoting decent work and productive employment opportunities. I wish you fruitful discussions throughout the conference. 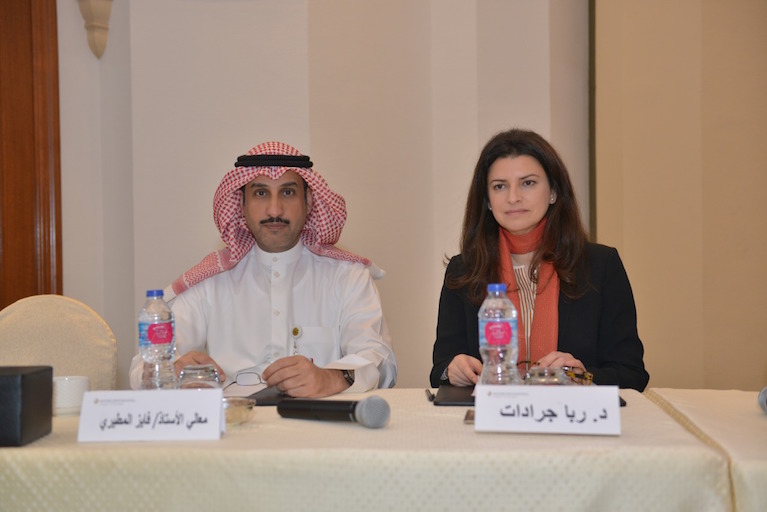