The Azraq Centre for Employment (ACE), set up in coordination with the Government of Jordan and sponsored by the Dutch Government, aims to facilitate access to formal work opportunities across Jordan for Syrian refugees living in the camp.

The centre was inaugurated under the patronage of Jordan’s Minister of Labour Ali Al-Ghezawi, who was represented at the opening ceremony by the Ministry’s Director General Hani Khleifat.

The employment centre will allow the ILO to facilitate access to work permits for refugees who have not received one yet. Once issued, UNHCR will record the work permit in a data base linked to the Jordanian authorities, facilitating movement in and out of the camp. Refugees who obtain these work permits will be able to leave the camp for up to one month at a time.

This new leave system will provide refugees with increased protection and will allow them to take up job opportunities anywhere in the country, within specified sectors.


The refugees are in dire need of jobs and the services ACE will provide to help restore their livelihoods and their capacity for self-reliance."

“The fact that the work permits will also serve as authorization to leave the camp and seek work is a major development for refugees in the remote Al Azraq camp, which offers very few employment opportunities to its residents,” said Maha Kattaa, ILO Response Coordinator for the Syria Refugee Crisis in Jordan. “The refugees are in dire need of jobs and the services ACE will provide to help restore their livelihoods and their capacity for self-reliance.”

The Azraq Centre for Employment will hold a series of job fairs designed to bring employers from across the country closer to the available labour force in the camp. On the day of the inauguration, 24 companies took part in a job fair in the UNHCR-funded CARE community centre in Azraq camp, presenting over 850 job vacancies in manufacturing, agriculture and services.

Fadi Al Hariri, an Azraq camp resident, welcomed the establishment of the employment centre. He said he has only had three months’ worth of work since his arrival in Jordan from Syria in 2014. “As you know, it’s impossible to live here without work,” he said.

The new job facility will support the implementation of the Jordan Compact, which aims to create 200,000 jobs for Syrian refugees in the country. Since the Compact was singed into force in 2016, the Ministry of Labour has issued over 87,000 work permits for Syrians in Jordan, the majority in the agriculture and construction sectors. Increasing the number of women accessing the formal labour market remains a challenge to address as they currently represent only 5 per cent of the issued permits.

“The commitment and actions taken by the Government of Jordan following the London Conference set a model on how to enhance the self-reliance of refugees while supporting the local economy”, said UNHCR’s Assistant Representative for Protection to Jordan, Alia Al-Khatar-williams. “As the Syria crisis becomes more protracted, employment opportunities are crucial to empower Syrian refugees and bring stability to their families.”

In 2017, the ILO and UNHCR opened an employment office opened in Zaatari camp. So far, over 8,000 refugees have benefitted from the presence of the centre by securing employment, especially in agriculture. 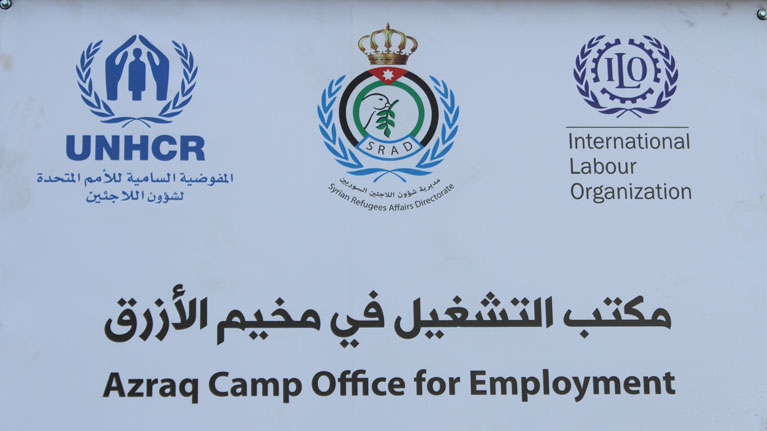