Occupied Palestinian Territory (ILO News) - A national conference to launch the recently approved Cooperative Sector Strategy was opened today by Palestinian Prime Minister Rami Hamdallah. The conference was attended by some 200 participants from relevant ministries, cooperative unions, civil society organizations and members of the international community. The Prime Minister recognized the important role the cooperatives play in providing livelihoods to people and communities in the Occupied Palestinian Territory (OPT). He also referred to the need for improved regulation and administration of the cooperative sector as well as support for the implementation of the recently adopted strategy. He concluded by calling upon cooperatives to be an “enterprise model that promotes democratic values and that reaches out to the youth and women”.

The conference provided an opportunity to discuss the priorities identified in the Cooperative Sector Strategy which was led by the General Directorate of Cooperatives with support from the ILO and wide consultations with key national stakeholders.

The Strategy is built around three main pillars: promotion of the institutional environment to enable the cooperative movement to grow and develop, the improvement of the financial and organizational performance of cooperatives and the expansion of cooperatives into new sectors such as the environment, recycling, renewable energy to mention a few. The strategy highlights the need to invest in cooperative education and literacy amongst youth and to explore the potential of technology industry for both youth and women.

Emanuela Pozzan, Senior Regional Specialist on Gender Equality shared examples of emerging cooperatives in the field of finance, care economy, technology and environment that present opportunities for the youth, women and men, as well as the self-employed, precarious and informal workers.

Mounir Kleibo, ILO Representative in Jerusalem, noted that in 2010 the ILO provided extensive support in the review process of the cooperative law. Rashid Al-Ruzzi, ILO National Coordinator in Gaza, explained the current difficulties that women’s cooperatives are facing in Gaza in terms of registration.

The Occupied Palestinian Territory has a rich history of cooperative movement that dates back to 1924 with the establishment of the first tobacco cooperative. Following the early 1930s when the first cooperative law was passed, cooperatives spread extensively throughout the OPT with a total of 244 cooperatives registered between 1933 and 1948, mainly in the agricultural, transport and consumer sectors. Since then, the number of cooperatives grew and expanded to more sectors with the vision to bring in more business, jobs and economic prosperity. Cooperatives were mainly supported through governmental incentives and access to soft loans and grants. However, in more recent years, cooperatives have become less attractive due to the many constraints and challenges facing the Palestinian economy.

In the interest of understanding the dynamics of the cooperative sector, a number of studies were commissioned, including by the International Labour Organization. All the findings that were presented during the conference pointed to structural constraints including lack of capacities, governance systems and administrative bottle necks.

As the Minister of Labour Mamoun Abu Shahla pointed out “there is a need for a full package of incentives to improve the sector through legal reform, provision of tax exemptions and incentives and promotion of local products”.

The current total number of cooperatives registered at the General Directorate for Cooperatives at the Ministry of Labour reached 957 in 2016, including 785 in West Bank and 172 in the Gaza Strip. In the West Bank, cooperatives have a total of 46,000 members while 240 of those registered are classified as inactive cooperatives. Cooperatives are mainly distributed over five market segments: agriculture, housing, services, handicrafts and consumers. Women’s presence in cooperative activities remains limited despite cooperatives being an interesting model of enterprise that could also accommodate the needs of workers with family responsibilities.

As a follow up to the conference, further discussions on the financing and implementation of the national strategy for the cooperative sector will take place. The ILO, under its new Decent Work Country Programme for OPT, will explore new ventures in support of the cooperative sector and its newly adopted strategy. 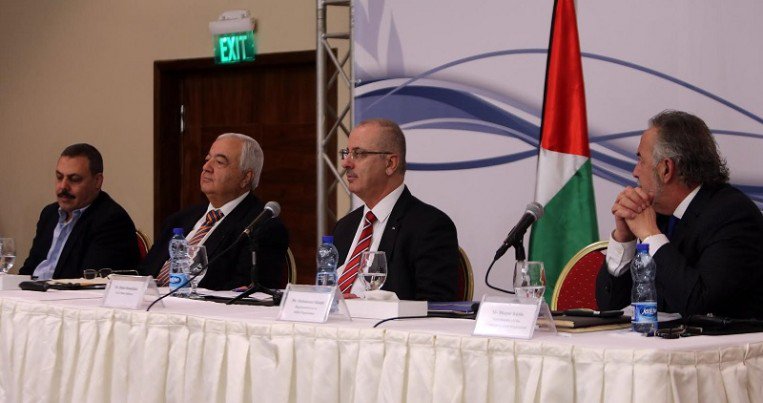