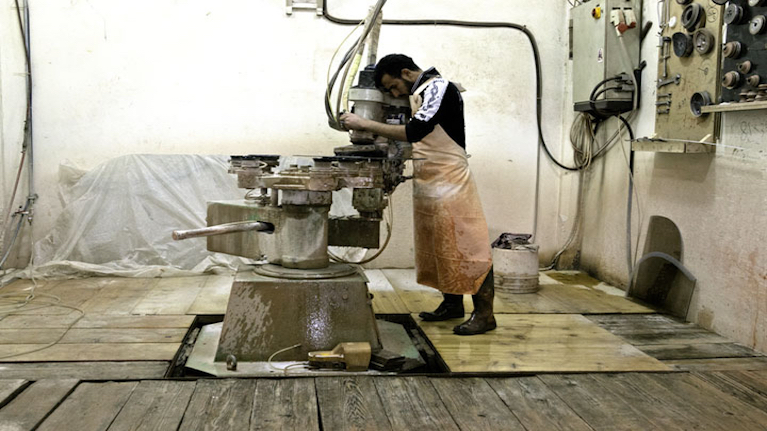 Lebanon has been an ILO member state since 1948, five years after the country declared independence. Estimates put the country's native population at just over 4.2 million, although an official census has not been held since 1932. Lebanon currently hosts large Syrian and Palestinian refugee populations. Since 2011, the influx of Syrian refugees into the country has caused a large increase in labour supply in Lebanon and continues to have substantial effects on labour market dynamics.

Since 2007 Lebanon has also been at a relative political standstill which has contributed to the lack of labour governance reform. In addition, the conflict in neighboring Syria has exacerbated pre-existing political and sectarian divisions in Lebanon and created increasing reluctance among Lebanese political actors to compromise on sensitive issues. Despite some progress to improve the policy framework for human rights protection, women’s rights, refugees’ rights and the rights of migrant workers, Lebanon continues to fall short of international benchmarks.

Lebanon and the ILO

Lebanon has ratified 50 ILO Conventions, including 7 of the 8 fundamental conventions which address key human rights issues including: Forced labour, child labour, freedom of association, and equal opportunity and treatment at work. Lebanon’s capital Beirut is home to the ILO Regional Office for the Arab States (ROAS), where it has been located since 1976. The Beirut office was closed during much of Lebanon's 1975-1990 Civil War, but was reopened in 1995.

Response to the Syrian Refugee Crisis

Based on a 2013 ILO rapid assessment on the employment profile of Syrian refugees and implications of population influx on Lebanon's labour market, the ILO developed a series of interventions as an integral part of its response to the Syrian refugee crisis in Lebanon. The interventions aim to enhance the resilience of both producers (individual and groups) as well as workers affected by the Syrian refugee crisis in Lebanon's rural areas, focusing on the livelihoods, host communities, resilience and social protection. See more…

Child Labour is rife in Lebanon and has been exacerbated by the recent influx of refugees from Syria, many of whom are children. The ILO’s International Programme on the Elimination of Child Labour and the Lebanese government have been active in combatting child labour since 2000. In November 2013 the President of Lebanon launched “The National Action Plan to Eliminate the Worst Forms of Child Labour by 2016” in accordance Lebanon’s commitment at the The Hague Global Child Labour Conference. See more…

In order to address the skills mismatch between education, training and the job market in Lebanon, since 2009 the ILO ROAS has been engaged in upgrading the skill profiles among target labour market segments such as youth, women and refugees.  See more…

ILO has long been engaged with the Lebanese Ministry of Labour in order to support its efforts to create decent work opportunities and promote labour rights throughout Lebanon. As part of the restructuring process, the Lebanese Ministry of Labour and the ILO have developed policy papers related to labour administration, labour inspection systems, management of placement and counselling services to jobseekers as well as employers which include labour market information and analysis. See more...

Lebanon also suffers from almost complete lack of reliable, timely and significant statistical data on the conditions of work and life, as well as the socioeconomic impact of the Syrian refugee crisis on residents and refugees in Lebanon. In response, the ILO and the Central Administration for Statistics (CAS), Lebanon’s official statistics body, have launched a project entitled the Labour Force and Households’ Living Conditions Survey (LFHLCS). See more…

Lebanon does not have a comprehensive or coherent national social protection policy and its social protection system remains fragmented with those employed in the formal economy covered by the National Social Security Fund (NSSF) and those in the informal economy reliant on subsidies and hand-outs. As part of efforts to establish a national social protection floor (SPF) in the country, the ILO has launched a self-funded initiative to assist tripartite stakeholders to move towards SPF establishment and provide minimum social security benefits to those not covered by the NSSF.

Moreover, the present End-of-service Indemnity (EOSI) benefit administered by Lebanon’s National Social Security Fund is fraught with number of critical shortcomings. Since 2011, the ILO has been assisting tripartite stakeholders in the reform of the end-of service indemnity (EOI) provided by the National Social Security Fund (NSSF). The aim is to reform the current pension scheme through actuarial valuation as well as offer policy and legal advice for the establishment of a new pension scheme.

Since 2011, the ILO has supported tripartite stakeholders in their efforts to establish of a universal health care system in Lebanon as part of its role to support the UN Social Protection Floor (SPF) Initiative. As part of its efforts in this regard, the ILO has launched a self-funded initiative to assist tripartite stakeholders to establish a national SPF which will provide minimum social security benefits to those not covered by the NSSF. To do so the ILO will conduct appropriate evidence-based research to identify reforms required to close social security gaps, reform the (EOI) into an old-age, disability and survivors’ pension scheme, introduce universal healthcare to tripartite stakeholders and assist in the establishment of a national SPF. See more…

Over 250,000 migrant domestic women workers reside in Lebanon. Compared to international standards, institutional and legal protection for migrant domestic women workers remains very weak in Lebanon, and efforts to ensure decent working conditions are confined to a limited number of local organisations, international actors and activists. Since 2005, the ILO, in partnership with Lebanon's Ministry of Labour, has advocated for the protection of migrant women domestic workers, primarily focusing on the introduction of relevant legal instruments as well as the development of capacity building programmes supported by advocacy efforts.

In response to the compelling need to protect migrant domestic worker’s rights, the ILO implemented the “Promoting the Rights of Women Domestic Workers in Lebanon” (PROWD) project, which has been working to promote the rights of women domestic workers throughout the country. See more…

A total of some 450,000 Palestinian refugees are registered with the United Nations Relief Works Agency (UNRWA) in Lebanon. The majority of Palestinians in Lebanon live in poverty with limited access to quality services and social protection. They also face discriminatory laws and practices that hinder access to decent work opportunities. As a result, the majority are engaged in low-status jobs that are poorly paid, insecure and lack adequate social protection. Thus, ILO support to Palestine refugees in Lebanon hinges on developing the elements required to promote the right for employment and decent work, develop practical policy options for health care coverage among Palestinian refugees and their families, as well as the economic empowerment of Palestinian women in camps. See more...