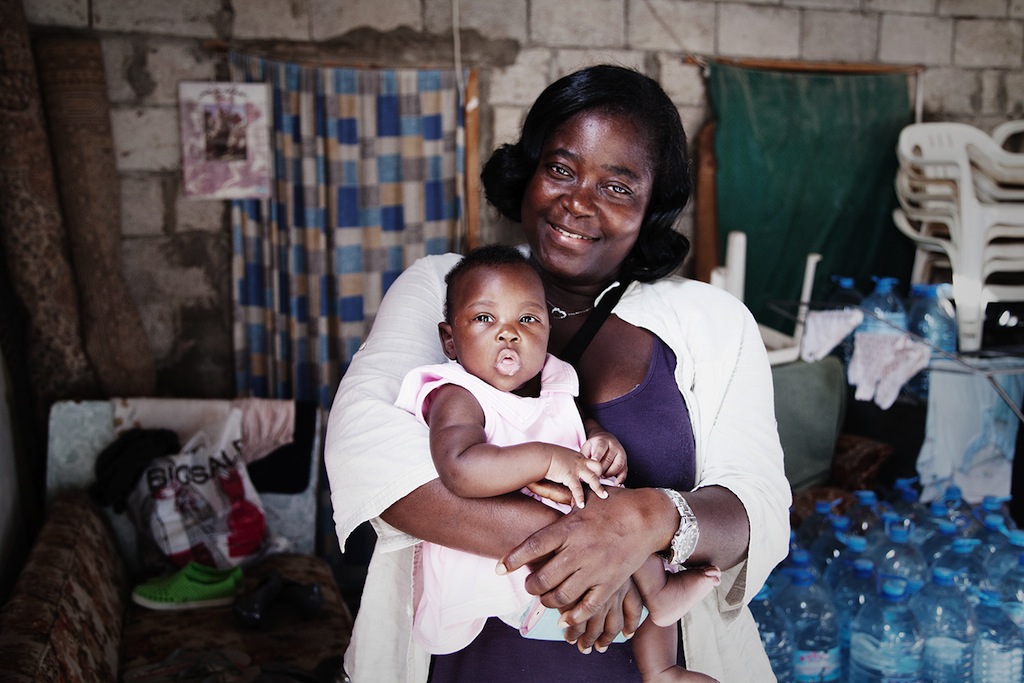 Rose, a migrant worker from Cameroon, holds her goddaughter in a suburb of Beirut, Lebanon. (© Leila Alaoui / ILO)

Migration to Gulf Cooperation Council (GCC) countries (Bahrain, Kuwait, Oman, Qatar, Saudi Arabia and United Arab Emirates), and, to a lesser extent Jordan and Lebanon, has provided countless jobs and generated billions of dollars in remittances for migrant workers and their families. Around USD 124 billion was remitted from the Arab States region in 2017. In this way, and by helping to address the large labour shortages in destination countries, particularly in the Gulf, migration can be a ‘win-win-win’ for workers, employers as well as for both countries of origin and destination. However, cases of exploitation by recruitment agencies and employers often create considerable hardship for workers, and threaten to cause reputational damage to companies, employers and countries of destination.

The admission and employment system implemented by most countries in the Arab States region is based on relatively liberal entry, restricted rights and limited duration of employment contracts and visas. This is known as the Kafala (sponsorship) system where kafeels (employers and/or sponsors) often have both liability for the conduct and safety of the migrant they bring into the country, as well as control over that migrant’s movement and employment. While in some cases, employers may welcome the responsibilities of the Kafala system and treat the worker well, the inherent imbalance in the rights and responsibilities of each party can create a situation which is exploitative of the worker. The ILO Committee of Experts on the Application of Conventions and Recommendations (CEACR), which is responsible for evaluating the state of application of international labour standards, has noted that “the kafala system may be conducive to the exaction of forced labour and has requested that the governments concerned protect migrant workers from abusive practices”.

While migrant workers in the Arab States are employed in a variety of sectors, including the oil and gas industry, agriculture, transportation and hospitality, by far the largest number of migrant workers are found in construction and in domestic work. Workers in these sectors are also more likely to be lower-skilled and at the risk of abusive and fraudulent practices by recruitment agencies, such as contract substitution and the charging of workers the equivalent of several months’ salary for visas, air tickets and other related recruitment costs. These practices are in breach of national laws in both countries of origin and destination, as well as international  labour standards, such as the ILO Private Employment Agencies Convention, 1997 (No. 181) and the ILO General Principles and Operational Guidelines for Fair Recruitment, 2016, which contain the principle that workers or jobseekers should not be charged recruitment fees and related costs, meaning in effect that the costs of recruitment should normally be borne by employers. In 2019, the ILO Governing Body also endorsed a Definition of Recruitment Fees and Related Costs, which provides important policy guidance on how ILO’s tripartite constituents should apply this important principle.

In addition to abusive and fraudulent recruitment practices and the high costs associated with labour migration, other issues and challenges facing migrant workers in the region include:


The ILO response in the Arab States

The Fair Migration Agenda articulated by the ILO’s Director General is recognized by the Arab States in the Kuwait Declaration of the 3rd Ministerial meeting of the Abu Dhabi Dialogue.1 In implementing this agenda, the ILO works with its constituents to manage labour migration and address decent work deficits of migrant workers.
This is acheived through:
For more information contact: Ryszard Cholewinski, Senior Migration Specialist for Arab States, (t):+961-1-752400, (e):cholewinski@ilo.org

1 The Abu Dhabi Dialogue (ADD) is an interregional dialogue among governments in Asia and GCC countries. It was initiated by the UAE (in 2008), which is the current ADD Chair and provides the ADD Secretariat. The ADD holds annual Senior Officials’ meetings and has organized five ministerial meetings, the most recent one in Dubai in October 2019, which included participation by ILO in an observer capacity.