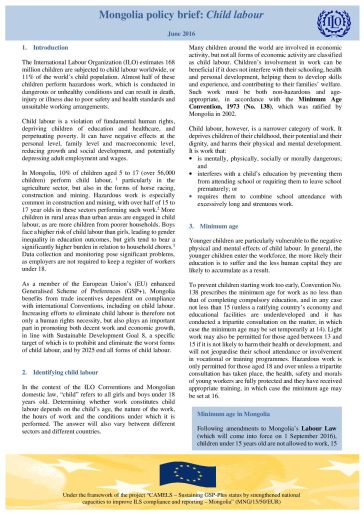 The brief considers Mongolian law and practice in respect of child labour, including the latest changes to the Labour Law (1999) and Criminal Code (2015) in relation to the minimum working age and punishments applicable to those who force children to perform child labour. It highlights areas in which both could be improved and provides recommendations.

The brief also examines child labour in agriculture, horse racing, construction and mining, as well as considering the effects of child labour, including gender outcomes. It concludes that action must be taken in each of these sectors to eradicate child labour and boys suffer a particular disadvantage in respect of negative impacts on their education.