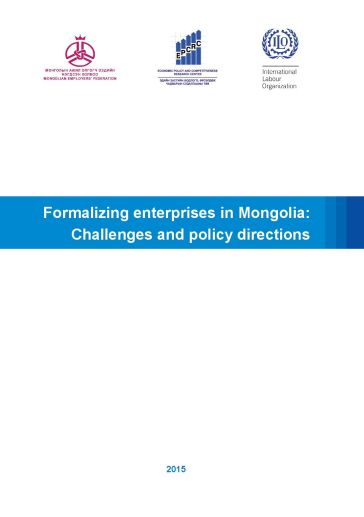 Download:
Over the past few years, Mongolia has consistently ranked as one of the fastest-growing economies in the world. Given its wealth of natural resources and close economic ties with countries such as China, the Russian Federation, and the USA, the transition since 1992 from a centrally planned economy to an economically liberalized democracy has proceeded at a significant pace and with substantial gains in wealth for the country.

Despite these improvements, however, modernizing and empowering Mongolia’s workforce remains a challenge. Prominent industries remain based in traditional agrarian pursuits such as animal husbandry and agriculture, or in the extraction and production of Mongolia’s natural resources. Newer industries, manufacturing and services for the most part, still struggle in the face of weak infrastructure development, outdated technology, scarcity of raw materials, and strong competition from established sectors in neighbouring countries.

This lack of diversification presents a major impediment, in many of Mongolia’s industries, to the creation of new jobs, greater business development, and other economic advancements. And what this means, in this rapidly urbanizing country with a young population, is that the prevailing economic reality may be described as a large informal economy.