According to the 2011 Survey on Children of the Philippines Statistics Authority, there are 2.1 million child labourers in the Philippines.  Northern Mindanao had the highest proportion while the National Capital Region the lowest.  Boys engaged in child labour (62.9 per cent) outnumber working girls (37.1  per cent).  As to the age group, 53.2 per cent of the working children were between 15-17 years, 38 per cent were between 10-14 years and 8.8 per cent were between 5-9 years.  Children work in farms and plantations, in dangerous mines, on streets, in factories and in private homes as child domestic workers.  Agriculture remains to be the sector where most child labourers can be found.

This project will target its intervention in the newly created Bangsamoro Autonomous Region in Muslim Mindanao (BARMM) wherein it aims to continue to build the capacity of government, social partners, civil society organizations, community members and extension workers.  It will be implemented in the following provinces of BARMM: Lanao del Sur and Maguindanao – predominantly agriculture base with the higher number of smallholder farmers.  The target provinces face challenges of under-investment, poor infrastructure, limited business opportunities, and high unemployment.  The lack of economic opportunities coupled with threats from natural hazards, have led to internal displacement, causing severe impact on human security, pushing the most vulnerable group further into poverty, inequality and marginalization. Education is inaccessible, and where accessible, the quality of education provided is sometimes poor, contributing to higher school drop-out rates, in turn fostering an increased level of child labour. Importantly, the norms and cultural practices promote children to work, in meeting both “on” and “off” farm labour demands.

The project aims to provide support to the government of BARMM to develop effective strategies to combat child labour by involving the tripartite stakeholders and non-government actors in integrating child labour issues into the social economic development policies, programmes and budget, accordingly.
The following are the project's three major Outcomes: Anchoring this project are the national development frameworks, policies and action plans.  The project will aim to increasingly rely on existing procedures, structures and infrastructure which have proven to be more sustainable, thorough relevant national policies, strategies and plans such as the Philippine Development Plan (PDP)  and the Unified Bangsamoro Development Plan (UBDP).  The project will work through local partners like the local governments who are legally responsible in providing child labour related services and local advocacy for social mobilization.

Specifically, the BARMM level interventions (regional), or upstream interventions, undertaken by this project will create an enabling environment by strengthening the policy and legislative frameworks in the following areas: At the provincial level, where both direct action and capacity development are planned to address child labour with a focus on the worst forms (agriculture sector), the project aims to design interventions to be implemented in the following five areas: To make the implementation of the project participatory, effective, efficient and transparent, the project will establish a Project Advisory Committee (PAC).  The PAC will provide policy guidance to the stakeholders and policy makers on activities aimed at reducing and eliminating child labour.  It will further advise and support project activities to be incorporated in development plans and policies to combat child labour. 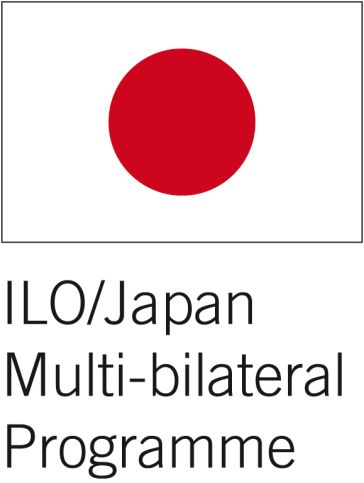