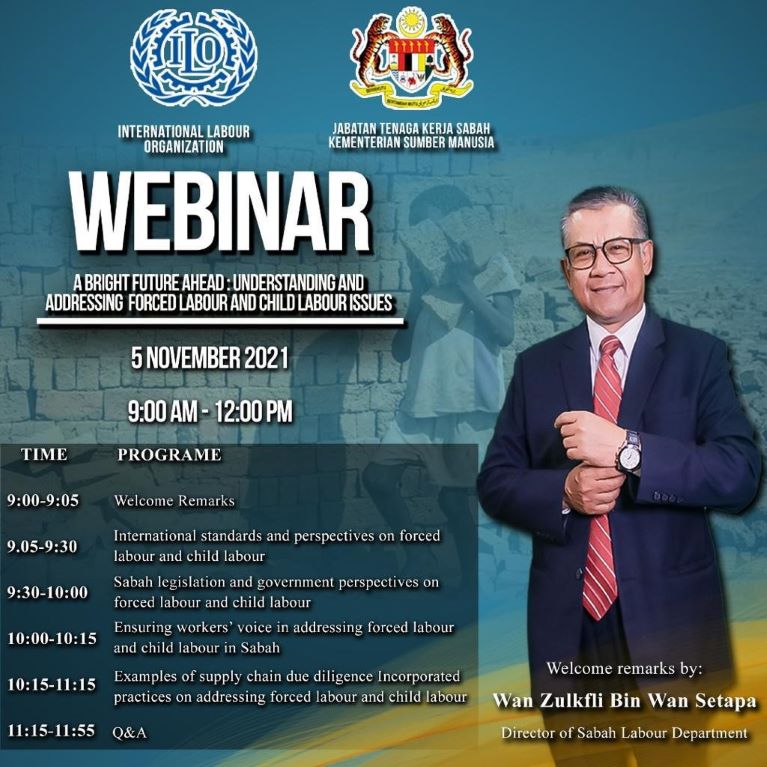 The Sustainable Development Goal 8 targets ending forced labour and the worst forms of child labour by 2025. This year 2021 is the International Year on the Elimination of Child Labour. Considering the COVID-19 pandemic that is likely to result in increased poverty and children dropping out of school, the need to avoid a rise in the incidence of child labour cannot be more urgent now than ever. Child labour not only prevents children from acquiring the skills and education they need for a better future, it also perpetuates poverty and affects national economies through losses in competitiveness, productivity and potential income. Meanwhile, forced labour presents another major challenge for countries such as Malaysia. It is a violation of human rights and must be addressed with sense of urgency.

There is still a need to concretize actions that will help address and prevent risks of forced labour and child labour, while ensuring the respect and protection of the human rights of the vulnerable groups. The Department of Labor Sabah and the International Labour Organization’s “From Protocol to Practice: A Bridge to Global Action on Forced Labour” (Bridge) partner to conduct this webinar to increase the awareness of Sabah stakeholders on forced labour and child labour, and ways to address these issues.