Highest number of refugees in the world hosted by Turkey

Owing to the prolonged stay of refugees in Turkey, the government has adopted a temporary protection framework, which focuses on strengthening the resilience of Syrian refugees and members of host communities. As such, the innovative Regulation on Provision of Work Permits for People under Temporary Protection, January 2016 allows officially registered refugees under temporary protection to apply for formal work permits. Non-Syrian refugees can apply for a work permit six months after lodging an application for international protection.

The international community supports the government’s efforts through the Turkey Country Chapter of the Regional Refugee and Resilience Plan in response to the Syria Conflict (3RP) 2018-2019, which has consistently stood out for its strong national ownership and leadership. The 3RP combines a humanitarian response focused on alleviating the suffering of the most vulnerable, addressing basic needs and preventing large numbers of refugees from falling deeper into poverty, with longer term interventions bolstering the resilience of refugee and host communities, while also capacitating national systems.

According to various labour market studies, including by the ILO, Syrian refugees are mostly employed informally in low-skilled jobs such as seasonal agricultural work, construction, manufacturing and textiles. They work long hours in unsafe conditions, receiving below minimum wage rates, or even not being paid at all. On-going research on the socio-economic situation of non-Syrian refugees indicates that, in a similar vein, they also mostly work informally in low-skilled occupations, however, sectors and occupations differ according to nationality and ethnic group.

The issue of informality continues to be a major concern for government and social partners alike as this creates competitive advantage for those who hire refugees informally. This has a knock-on effect creating downward pressure on wages and working conditions for all workers, including Turkish nationals, potentially leading to social tensions. There is also growing evidence of displacement of Turkish workers, particularly low-skilled, low-educated female Turkish workers in the informal economy. This situation, compounded by the language barrier, has created major obstacles to refugees entering the formal labour market and has also created a strong enabling environment for child labour, including its worst forms, among refugee children.

Concerted efforts by the 3RP partners

Given these challenges, the ILO and other 3RP partners increasingly focus on supporting refugees’ and host communities’ self-reliance, notably through actual job creation and support on job placements. However, partners act in a difficult economic environment: The unemployment rate in the formal sector reached 9.4 per cent (3.08 million unemployed) by April 2018 and South East provinces are particularly affected, which were already less developed before the arrival of refugees. The World Bank estimates that despite an economic growth over 4 per cent for the next few years, the net job creation of formal firms is now down to zero.


The ILO Programme of Support guiding the Refugee Response in Turkey

To contribute to the 3RP targets and to guide its Refugee Response projects in response to the refugee crisis, the ILO has adopted a five-year (2017-2021) comprehensive, holistic and integrated programme of support aimed at strengthening the labour market and business development environment through the stimulation of decent work opportunities, inclusive socio-economic growth and the reinforcement of governance systems and structures. 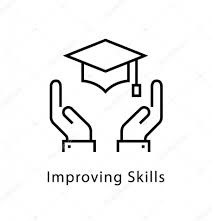 1. Increase the availability of a skilled, competent and productive labour supply to facilitate access to decent work for Syrian refugees and Turkish host communities 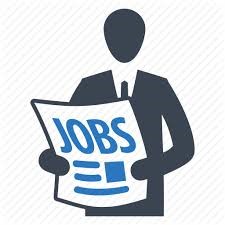 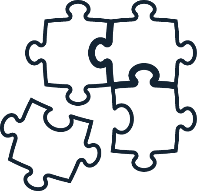 The ILO Office for Turkey is working in close coordination and collaboration with a wide range of public institutions and social partners at central and local levels. To implement targeted project activities, the ILO collaborates with:

Further the ILO also partners with:

•Enhanced service provision capacities of training and community centres;
•Provision of vocational training, Turkish language classes and basic labour market skills training;
•Development of a model for recognition of prior learning of refugees;
•Development of a tailor-made occupational safety and health training module for refugees;
•Awareness raised on relevant legislation, labour rights and the importance of formal work.

•Capacity-building of government institutions, specifically DG International Labour Force of the Ministry of Labour and Social Security and the Employment Agency, on refugees’ access to the labour market and on fair and effective labour migration governance;
•Establishment of one-stop shops in cooperation with chambers to provide integrated employment and guidance services both in Turkish and Arabic;
•Establishment of the first women-only center, which is a one-stop shop for refugee and local women, guiding them towards livelihoods opportunities and providing basic skills and vocational and technical training courses.
In 2017:
⇒300 staff from tripartite partners have been trained