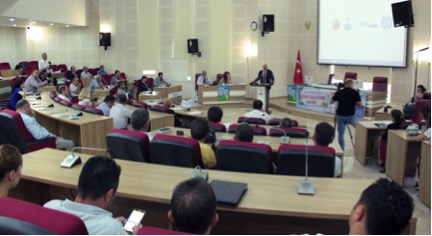 Ordu Metropolitan Municipality hosted the meeting which was held in Municipality Council Hall. Hicret Bozoklu, Head of Employment Policies, Directorate General of Labour of the Ministry of Labour and Social Security, Şenol Esmer, District Governor of Altınordu, Ahmet Arık, District Governor of Perşembe, Mehmet Yapıcı District Governor of Fatsa, workers and employers organizations representatives, civil society organizations representatives, Sabine Nafziger, Secretary General of the Association of the Chocolate, Biscuit and Confectionery Industries of Europe (CAOBISCO), Nejat Kocabay, Senior Programme Officer of ILO Office for Turkey, and representatives of private sector attended to the stakeholders meeting. Hicret Bozoklu stated that Ministry of Labour and Social Security has been working to improve the health, transportation, accommodation, education, security, social conditions of seasonal agriculture workers whom travel for work as families. Mr. Bozoklu has referred to achievements of ILO and MoLSS joint project to eliminate child labour in hazelnut harvesting in Ordu which is being implemented together with Governorate of Ordu and local governments and said that, “this project we have implemented in Ordu brought successful results so we have decided to extend it to West Black Sea Region. We support this project as Ministry of Labour and Social Security and we are pleased to see the strong local ownership for the project.” 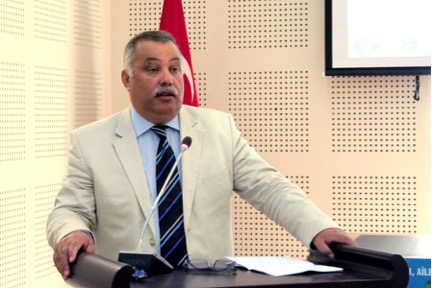 Sabine Nafziger, Secretary General, Association of Chocolate, Biscuit and Confectionery Industries of Europe (CAOBISCO) said during her opening speech, “CAOBISCO members are confident that through a longer term approach and scale up that the new project will drive change across the hazelnut sector in Turkey. This additional funding and the extension of the interventions both geographically and in duration aim to provide the basis for a sustainable and autonomous capacity to address and tackle child labour in seasonal agriculture in Turkey.” 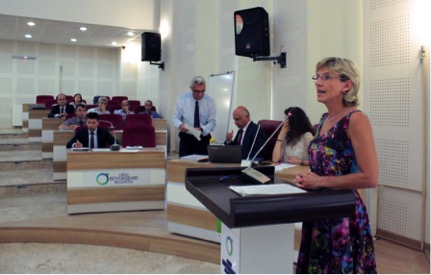 Local evaluations and presentations on project activities were made by Discrict Governors of Altınordu, Perşembe and Fatsa, following to opening speeches. Stakeholders meeting ended with an open discussion on further ways of reinforcing collaborations on local, national and international levels to eliminate child labour in hazelnut harvesting in Turkey. 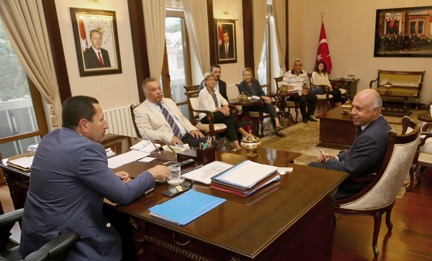 H. Bozoklu, S. Nafziger and N. Kocabay visited İrfan Balkanlıoğlu, Governor of Ordu to update him about the current work of the project.

***
The overall objective of this project is to contribute elimination of worst forms of child labour (WFCL) in seasonal agriculture in line with the Turkish Government’s strategy drawn by the National Employment Strategy 2014-2023. A model has been developed through the Dutch Government and CAOBISCO* funded “Elimination of Worst Forms of Child Labour in Seasonal Commercial Agriculture in Hazelnut Harvesting in Ordu” project 2013 and 2014. The project aims contributing to the withdrawal of children from work and prevention of at-risk children to be engaged in seasonal hazelnut agriculture. It will bring added value through the replication of the strategic intervention model in the different regions and contribute to a sustainable child labour monitoring mechanism in seasonal agriculture. The project will step up efforts to attain the goal of contributing to the policy making and efficient implementation on the elimination of WFCL in seasonal agriculture.