SANTIAGO, Chile (ILO News) – The average rate of urban unemployment in Latin America and the Caribbean will rise again in 2017 to 9.2%, in a year characterized by modest economic growth that will not be sufficient to counteract the labour market’s weak conditions, according to a new report released today by ECLAC and the International Labour Organization (ILO).

In the new edition of their joint publication Employment Situation in Latin America and the Caribbean, which analyzes the regional labour market’s performance in 2016, the two organizations indicate that last year the urban unemployment rate rose to 8.9% from 7.3% in 2015, marking the biggest annual rise in more than two decades, which has been attributed to a deepening of the economic crisis as expressed in a second year of contraction of the Gross Domestic Product (GDP).

In light of the modest regional economic growth of 1.1% that ECLAC and the ILO estimate for the current year, it is very likely that the labour market’s weak conditions will persist in 2017, particularly with regard to the creation of new jobs and to the traits of existing and future work opportunities.

More specifically, they estimate a new, albeit smaller, rise of 0.3 percentage points in the regional urban unemployment rate, which would put the average for the year at around 9.2%, mainly due to weakness in generating salaried work, which is seen causing the employment rate (the proportion of the working-age population that is employed) to fall again.

“These labour trends give serious grounds for concern, given that employment is the master key to reducing the poverty and severe inequality that dog this region. In fact, the region’s progress in combating both poverty and inequality has already slowed. Efforts must therefore be redoubled to ‘promote sustained, inclusive and sustainable economic growth, full and productive employment and decent work for all’, as called for in Sustainable Development Goal 8,” Alicia Bárcena, Executive Secretary of the Economic Commission for Latin America and the Caribbean (ECLAC), and José Manuel Salazar, the ILO’s Regional Director, warned in the document’s prologue.

In 2016, 13 countries experienced an increase in the urban unemployment rate, while eight registered a decline or maintained the same level as in 2015. This performance contrasts with what was observed in 2015, when the unemployment rate rose in eight countries while declining or holding steady in 13 others.

The report also recognizes an increase in self-employment which, above all in the context of weak salaried job creation, is characterized by low and unstable income. This implies a deterioration in the average quality of employment, which is reflected as well in the low (and in several cases negative) rates of employment growth recorded and in smaller wage increases, it added.

The latest edition of Employment Situation in Latin America and the Caribbean also notes that a deterioration in labour conditions tends to affect, above all, groups that are vulnerable, which includes immigrants, on par with women and young people with low education levels. Utilizing information from population censuses and household surveys, a general overview of immigrants’ labour insertion in countries of the region is presented, which is an issue of growing relevance given that intraregional migration has acquired great importance as emigration to other regions decelerates.

According to the document, it is calculated that 28.5 million people emigrated from their respective places of origin in the region around the year 2010 (4.8% of the total population), while the region’s countries had received more than 7.6 million people, which corresponds to 1.3% of its population. The document distinguishes between countries based on the magnitude and characteristics of the immigration they receive. More specifically, in those places with heavy recent migratory flows, immigrants have lower average income than natives, suffer high levels of labour informality and have significantly lower social security coverage than employed natives, especially migrant women.

Meanwhile, in nearly all of the nations covered in the study (Argentina, Brazil, Bolivia, Chile, Costa Rica, the Dominican Republic, Ecuador, Mexico, Panama, Paraguay, Uruguay and Venezuela), more than 80% of the economically active immigrant population comes from other countries in Latin America and the Caribbean, with the exception of Brazil and Mexico, as well as Panama, where there is an important presence of Asian immigrants, mainly from China and India.

According to ECLAC and the ILO, the results of this research underline the importance of strengthening mechanisms for labour integration, which necessitates incorporating a gender perspective. To this end, the report also reviews the policies needed to foster the insertion of migrant workers in productive jobs and decent employment as well as recent progress made on the international development agenda. 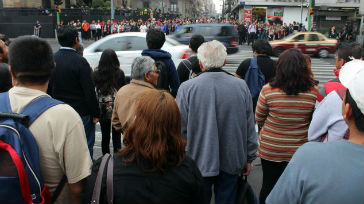