Rachel Zibelu Banda is a Malawian judge specializing in labour and employment law and is chairperson of the country’s industrial relations court. She travels regularly to district areas to resolve labour and employment disputes. “HIV/AIDS crops up many times in the cases I hear, but indirectly,” she explains. “Most involve unfair dismissal on grounds of ill health or absenteeism due to ill health.”

Wanting to learn more about this new labour issue, Judge Banda signed up for one of the ILO’s legal training sessions. “It is important for labour judges to know as much as possible about HIV/AIDS in order to be able to handle cases effectively and efficiently,” she says.

“One of the most helpful aspects of the training was hearing case studies from other legal jurisdictions, on how courts were using both international and national legal frameworks to find that HIV/AIDS is not grounds for dismissal and should not be used for unfair discrimination. This was practical and easily adaptable to my jurisdiction.”

In one well-publicized ruling, Judge Banda was able to use case law learnt at the workshop to rule that an employee had been unfairly dismissed solely on the basis of having tested positive for HIV. The applicant had never been incapacitated because of her HIV status and was leading a normal life. She was dismissed on the spot after reporting back to work following an HIV test. The court found that the respondent [employer] had dismissed the applicant on prohibited grounds and had violated her right to equality and fair labour practices under national and international law.

“Since the training I write my judgements involving HIV/AIDS with confidence, knowing I am doing the right thing, that it is acceptable and within international norms, practice and standards,” says Judge Banda. “I am also a great advocate to my fellow judges on total elimination of HIV/AIDS discrimination, not only in the workplace but everywhere in our society.” 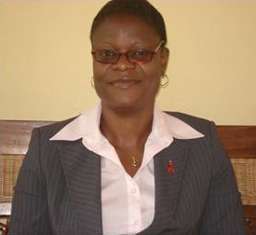