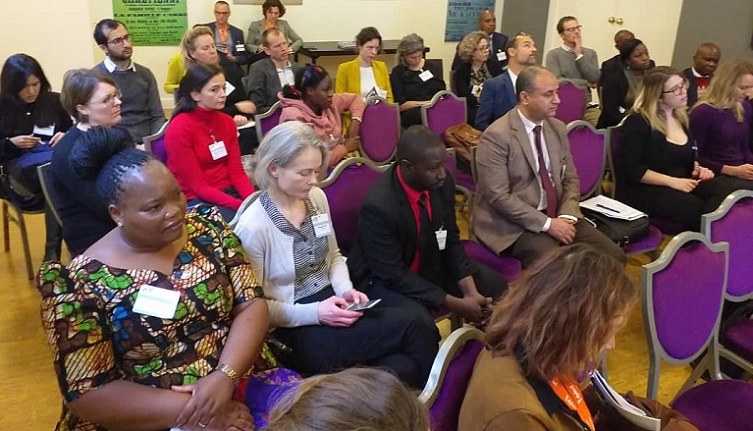 Jessie Chingoma, Deputy Director of the Malawi Congress of Trade Unions (MTCU)
One of the major challenges that has frustrated Malawi’s sustainable development and the attainment of decent work and economic growth has been the threat of child labour in all its forms.
The last Malawi National Statistical Office (NSO) surveys show that 38 percent of children between the ages of 5 and 17 years are engaged in child labour, with negative consequences on the education and health rights of children, amongst the many violations of children’s rights associated with child labour.

MCTU was one of the first organizations to blow the whistle of the presence of child labour in Malawi. Today, I am involved in MCTU’s efforts to promote formalization of the workforce in Malawi, transitioning vulnerable workers from the informal to the formal sector. In addition, we routinely lobby for increased funding for the Ministry of Labour, Skills and Innovation (MOLSI) and the Ministry of Education, Science and Technology.

Through my work at MCTU, I also support a workers’ education program that aims to establish child labour-free zones and workplaces, including by ensuring living wages for adult workers that are established through minimum wage negotiations and collective bargaining. These efforts target some of the root causes of child labour.

At the Taking Next Steps international conference, which took place in the Netherlands in January 2020, I had the opportunity to participate in discussions on the right to organize and collectively bargain, ensuring decent work and a living wage that would allow parents to earn and children to learn. It was very important to understand the importance of this fundamental right for countries such as Malawi in its efforts to eliminate child labour. Participating in Taking Next Steps provided me with an opportunity to learn from various countries and organization including workers’ organizations from other countries.

Of importance at the conference was the dual focus on the workplace and the value chain, which we have been applied much to date in my country.
The conference provided an international space for a constructive dialogue between stakeholders, in terms of sharing good practices, challenges and lessons learned from different countries with a view to supporting our common efforts towards ending child labour, including in global supply chains, by 2025.

As such, it was exciting to share with other participants the roles that our trade union federation is playing in the fight against labour, including the formulation of the necessary laws and policies, and advocating for increased resources and effective enforcement.


From the success stories shared at the Taking Next Steps Conference, I learned more about the important role of trade unions in accelerating the elimination of child labour, particularly in the lower tiers of global supply chains and so-called ‘hot spot’ sectors where sectoral trade unions may be present, as well as in terms of lobbying and advocacy.

One of my main takeaways was the importance of stakeholder collaboration, which is vital since no one actor can eliminate child labour working in isolation. The good practice of ‘integrated area based approaches’ (IABAs) was another key learning area for me that is very relevant to my organization’s efforts to establish child labour-free zones.

South-South exchanges with counterparts from other developing countries, such as India, enhanced my knowledge and appreciation of the value of child labour tracking systems that involve community participation. The conference also took stock of the important role that trade unions can play in lobbying for increased public funding for education to ensure better quality and more accessible education for learners and teachers.

Going forward, I plan to disseminate the key messages during our next MCTU leadership meeting, as well as with affiliated workers’ organizations in the horticultural sector. I also plan to develop an advocacy and lobbying plan for reform of the Malawi’s current Employment Act (2000) in order to ensure that our national legislation imposes more requirements that are stringent and stronger penalties regarding child labour.

In the context of my union work as an organizer, educator and member of the Tripartite Labour Advisory Council (TLAC), the Netherlands conference experience puts me in a stronger position to contribute to the achievement of Target 8.7 of the Sustainable Development Goals (SDGs) by 2025.

My goal would be to contribute to child labour-free zones across the country by placing the issue high on the trade union agenda, while pushing for continued capacity building and support for our affiliates in education such as the Teachers’ Union of Malawi (TUM) and the agriculture sector unions.

I am grateful to the International Labour Organization (ILO) for supporting my participation in the ‘Taking Next Steps: Ending Child Labour by 2025’ conference. Looking ahead, I am targeting the International Year for the Elimination of Child Labour 2021 as an opportunity to scale-up MCTU’s child labour advocacy efforts in my country.