Each of the four pillars is being led by different agents as follows:
The Joint Programme on Gender Equality, Zimbabwe (JPGE) brings together the state, UN development agencies, development partners and a number of different gender equality advocates to support the Government of Zimbabwe in attaining its development goals (of which MDG 3 on Gender Equality is one). Throughout its interventions, the JPGE will engage in capacity-strengthening at macro, meso and micro levels and in advocacy at the highest levels to lobby for integration and ownership of gender issues into policy and legislative development.

As the Zimbabwe economy is gradually recovering after the turbulent economic period 2008-2009 which resulted in rising levels of poverty, underemployment and unemployment, especially amongst women and women-headed households, the Government of Zimbabwe is prioritizing economic growth in its Medium Term Plan 2011-2015. However, tradition and cultural practices tend to limit women’s economic opportunities. In the home, men generally retain greater access to and control over household economic resources (2011 Zimbabwe Demographic Health Survey(ZDHS)) and women normally have limited access to land and no decision-making power on land use (UN 2010); property, land, and asset grabbing targeting widows specifically is a prevalent problem throughout Zimbabwe. Poverty and economic reliance on men mainly subject rural and urban women to abuse, and in some circumstances, to GBV, transactional sex and HIV and AIDS. In fact, Gender-Based Violence (GBV) is often a main outcome of gender-based inequalities and poverty; while spousal abuse is common and goes unpunished.

The legacy of colonial urban laws and practices is such that urban women’s employment options are limited and only the poorest of working conditions are offered. In the formal sector of the economy, women predominantly occupy the lower ladder jobs. Consequently women get pushed to the informal economy where they are concentrated in precarious jobs that expose them to decent work deficits. While poverty among urban and rural households remains a serious challenge for men and women alike in Zimbabwe, female-headed households are the worst affected as they account for 60 percent of rural households.

The Zimbabwe Agenda for Sustainable Socio-Economic Transformation (ZIM-ASSET)-Zimbabwe’s new economic blue-print outlines policies for advancing restoration of economic stability and growth for the benefit of both men and women. Under the Social Services and Poverty Eradication Cluster key result areas have been defined to promote gender equality through increasing the participation of women in the key economic sectors such as agriculture, mining, manufacturing and tourism. Numerous funds and mechanisms have also been established to support the economic growth process. In June 2012, the Ministry of Women Affairs, Gender and Community Development (MWAGCD) launched a Broad-Based Women’s Economic Empowerment (BBWEE) Framework which is designed to enhance women’s business entrepreneurship as well as their employability through skills development.

Despite these initiatives, operational policies in the priority sectors for economic growth (agriculture, mining, trade and tourism) have not yet been engendered; as a result women in Zimbabwe continue to have unequal access to finances, skills and markets in all sectors of the economy. In Zimbabwe women lag behind men in terms of access to bank accounts in formal financial institutions (37.12% versus 42.55% - 2012 Global Index, World Bank). The women tend to have limited investment and revenue potential and usually do not qualify for government support programs for economic empowerment. Of the 14% of illiterate adults in Zimbabwe 60% are women. Furthermore, little awareness coupled with micro-finance opportunities that are not responsive to specific women’s needs and a lack of third-party guarantors leave women at a disadvantage in accessing and qualifying for credit within the formal financial systems.

The full project concept note can be accessed from here. 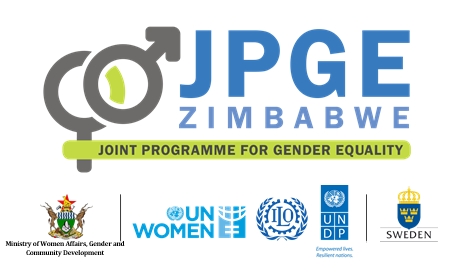