GENEVA, 23 March 2022 (ILO News) – The election of the 11th Director-General of the International Labour Organization (ILO) will take place on Friday 25 March 2022.

The five candidates for the post are: Gilbert Houngbo of Togo, Kang Kyung-wha of the Republic of Korea, Mthunzi Mdwaba of South Africa, Muriel Pénicaud of France and Greg Vines of Australia.

Members of the ILO’s Governing Body will vote during a closed sitting that begins at 10:00 CET (09:00 GMT). There will be several rounds of secret ballots, with breaks of at least 45-minutes between each round, until an eventual winner is selected. In each round the candidate with the lowest number of votes will drop out until a candidate gains more than half of the votes of all voting members. After each round the names of the remaining candidates will appear on the Governing Body website.

As soon as the name of the elected candidate is known the ILO will issue a press release, announcing the winner of the vote.

At this point the Governing Body sitting becomes public and the Director-General-elect will make a statement that will be broadcast on the ILO website .

A news offer will be sent to broadcasters which will include b-roll of the room and a clip of the Director-General-elect’s acceptance speech. Video of the full speech will also be available on request.

Because of COVID-19 restrictions the ILO building will not be open to the general public, including journalists.

The candidates’ vision statements and CVs are available on the ILO website, as well as recordings of the candidate public dialogues that took place in February 2022.

Interview requests should be sent via email to newsroom@ilo.org. 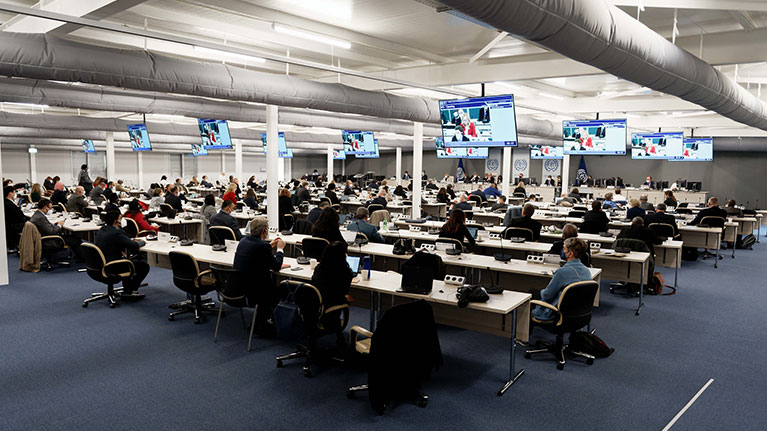